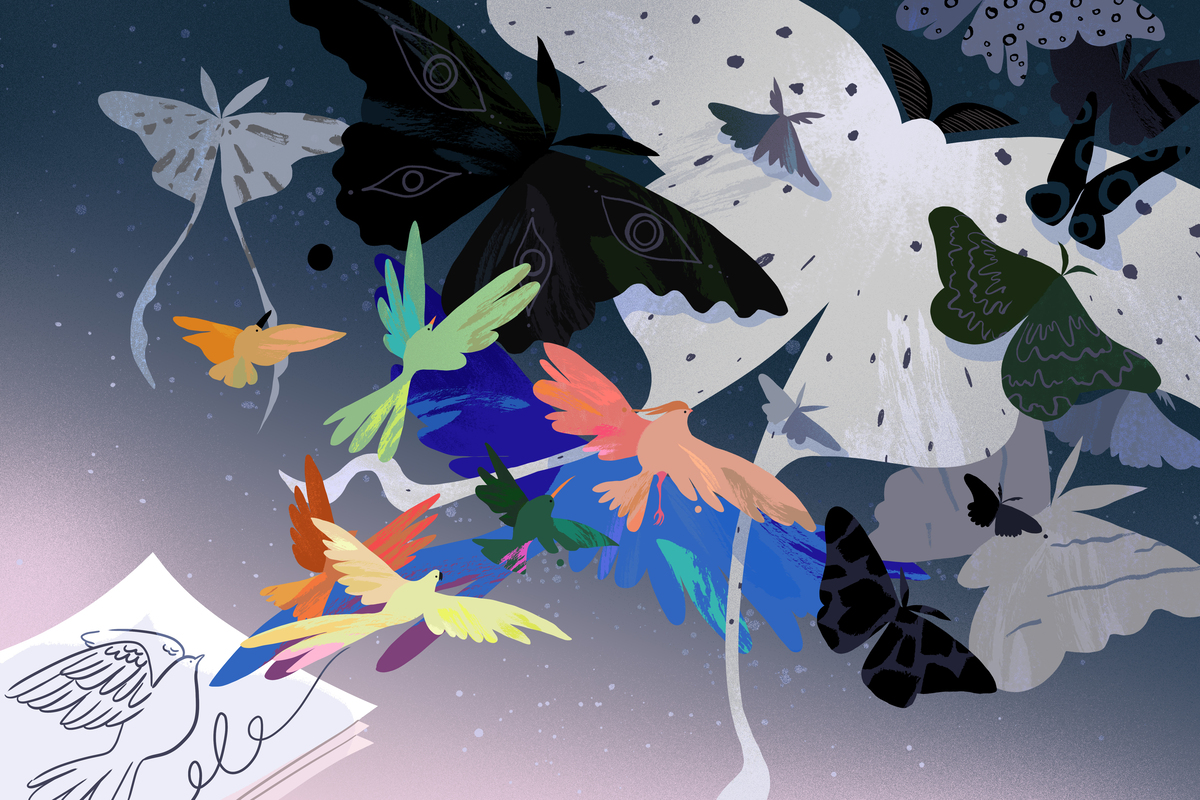 It’s often how you know yoga class is over: The teacher faces the class with their hands together in a bow, saying “Namaste.” Maybe you bow and say it back.

But that’s not the only place you’ll encounter “namaste.” In the years since yoga became commercially popular in the United States, the word has taken on a life of its own. Namaste has found its way onto t-shirts, welcome mats, mugs, socks, pencil cases, and tote bags.

And that’s just the word on its own. Let’s not forget the namaste puns and catch phrases: “Nama-stay in bed.” “Namaslay.” “Namaste, b—–s.”

Even if most Western Europeans and North Americans don’t know anything else about South Asia, “they know about yoga, and they know about ‘namaste,'” says Rumya Putcha. She’s a professor of Women’s Studies and Music at the University of Georgia.

But all that visibility isn’t necessarily a good thing. I asked South Asians on Twitter to tell me their feelings about seeing namaste in these contexts. The responses (and there were hundreds) made it clear: For a lot of us, it makes our skin crawl, our face burn, our heart do weird things. One responder wrote, “I always mute it at the end of white people Yoga videos. I launch out of corpse pose like ants bit me to hit the button in time.” Writer and podcaster Taz Ahmed said, “EVERY DAMN TIME I DRIVE BY THE YOGA STUDIO ON SUNSET THAT SAYS NAMASTE L.A. IT DRIVES ME BATTY.”

So, how did this word filter into so many different pieces of American culture? And why does it make so many South Asians feel icky?

First, it’s helpful to know where the word comes from. Namaste dates back to Old Sanskrit, which is found in the Vedas (the ancient texts that modern Hinduism grew out of.) That’s according to Madhav Deshpande, a retired professor of Sanskrit and Linguistics from the University of Michigan. The oldest part of the Vedic literature comes from what is now Pakistan and the northwestern corner of India.

The first part of namaste comes from “namaha,” a Sanskrit verb that originally meant to bend. Deshpande says “bending is a sign of submission to authority or showing some respect to some superior entity.” Over time, “namaha” went from meaning to bend to meaning salutations or greetings.

The “te” in namaste means “to you,” Deshpande says. So all together, namaste literally means “greetings to you.” In the Vedas, namaste mostly occurs as a salutation to a divinity.

But the use and meaning have evolved. Today, among Hindi speakers throughout the world, namaste is a simple greeting to say hello. It’s often used in more formal situations, like when addressing someone older or someone you don’t know well. But that’s all it means — hello.

A lot of words we use today have religious roots, but just like “adios,” “inshallah,” or “goodbye” (an abbreviation of “God be with ye“), it doesn’t have to be that deep.

When it comes to yoga, it’s a different story. The commercial yoga industry in the United States often uses “namaste” in a way that is almost completely divorced from its use in Hindi. Some yoga websites claim that namaste is “the belief that there is a Divine spark within each of us” or “The divine light in me bows to the divine light within you.”

Yoga teachers all over the place teach these overblown interpretations of the word to try to ground their classes in a sense of authenticity, or even holiness. It helps that the word namaste comes from a language that is unfamiliar to many of the teachers and practitioners of yoga in the U.S. It’s much easier to exaggerate the meaning of a word that sounds foreign.

With all of the faux gravity, it’s easy to see how the commercial yoga industry flipped namaste into a catch-phrase. Sporting “namaste” on a water bottle or tote bag lets people present an essence and a persona that they believe is a part of an “exotic” culture simply by….buying a tote bag.

Then come the jokes. The tendency to make a joke out of words from other languages — like “Nama-slay” — is very American, says Rumya Putcha. But of course, not everyone can be in on those jokes. Putcha says deciding which languages get made fun of is one way society establishes which people and cultures are the norm and which are not. (Can you imagine Target selling tote bags and water bottles with a play on the word “hello”? Who’s going to shell out big bucks for a HELLO-M-G yoga mat?)

And there are other consequences, too. When white English speakers fold words from other languages into their lexicon, they’re often seen as cultured and worldly (and funny!). But for people of color, it’s a totally different game. For example, after President Trump enacted the travel ban, Putcha says, her family became “hyper vigilant” about speaking the language they normally spoke at home in public “for fear that it would raise suspicion” about their immigration status.

There’s another reason South Asians may cringe when they see namaste everywhere — the experience of being namaste’d. It’s the term I use for when a random stranger, usually white, says “namaste” to you for no discernible reason besides your appearance. A bunch of folks on Twitter brought it up.

In South Asia, namaste is mostly heard in Hindi-speaking areas. There are hundreds of other languages spoken in the region — as a Sri Lankan Tamil, namaste isn’t really a word in my family’s language. And yet, with brown skin and a name like Kumari, I’m no stranger to being namaste’ed. As Putcha points out, “racism isn’t exactly geographically specific.”

Being namaste’ed was one of the ways I learned what being South Asian was going to mean for my life. If folks were greeting me with a word that has no place in my family’s heritage, then what other assumptions were they making?

Namaste has a meaning among Hindi speakers. But in the U.S., the word has been wrangled out of its context and tossed around to mean whatever people want it to. Sometimes that’s something really heavy. Sometimes it’s gibberish. But almost all of the time, it’s just plain wrong.