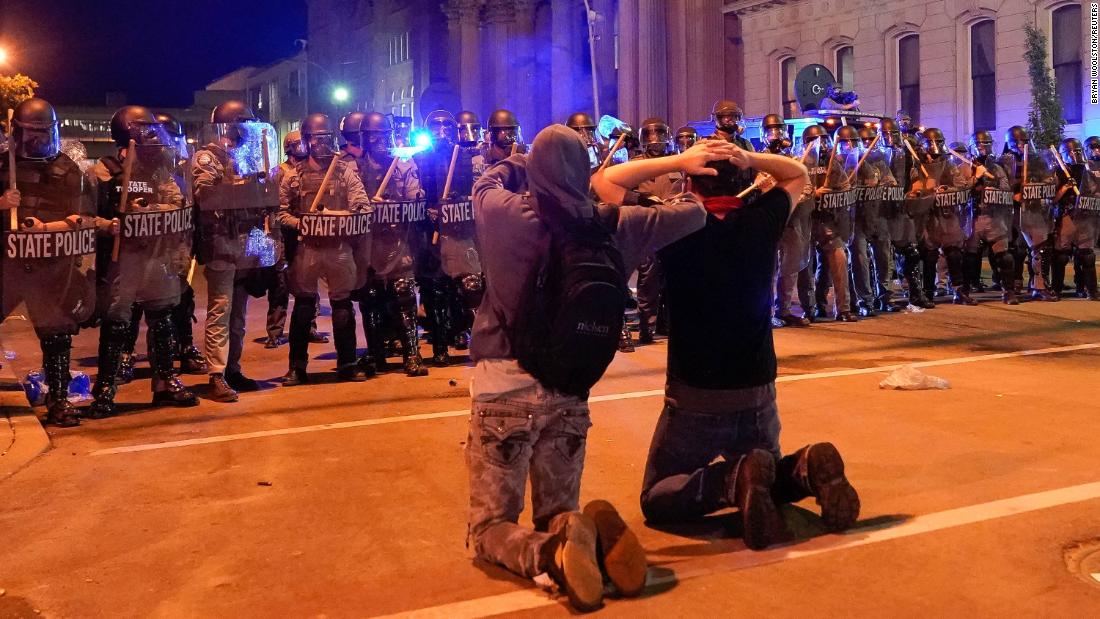 There is still a small group of protesters in Los Angeles outside the mayor’s residence, and police are now beginning to make arrests, hours after curfew.

Many of the protesters are still sitting on the ground, with their hands up together, chanting “Peaceful protest,” said CNN Correspondent Kyung Lah on the scene.

As the protesters are led away, the remaining crowd sitting on the ground cheer for them. The arrested protesters are then lined up against a wall, where they give the police their information and are bused out to be further processed elsewhere, said Lah.

Compared to the scuffles and arrests taking place in other parts of the country, this scene is remarkably calm and orderly — in line with the peaceful tone of the protests all day.

“They have been supportive of one another. People in the apartments and the houses that they’ve walked by have run out to give them water, encouraging them to keep going.”

The protests took place in different parts of the city and county today, including Hollywood, Downtown Los Angeles, and the residential neighborhood of Hancock Park, where Mayor Eric Garcetti resides.