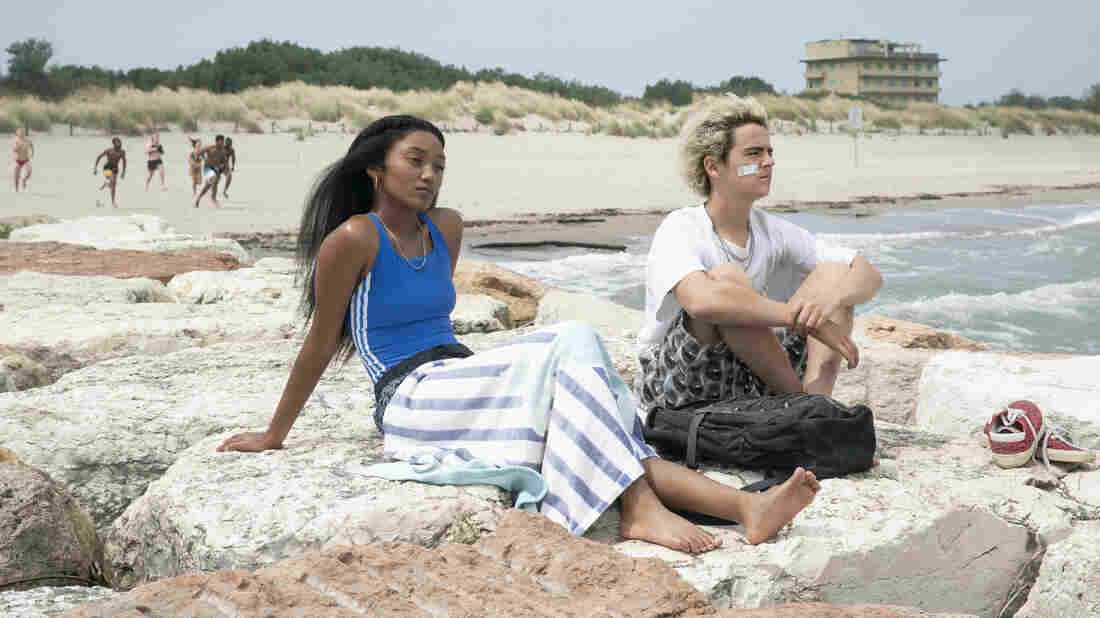 Caitlin (Jordan Kristine Seamon) and Fraser (Jack Dylan Grazer) see the sea in We Are Who We Are. HBO hide caption 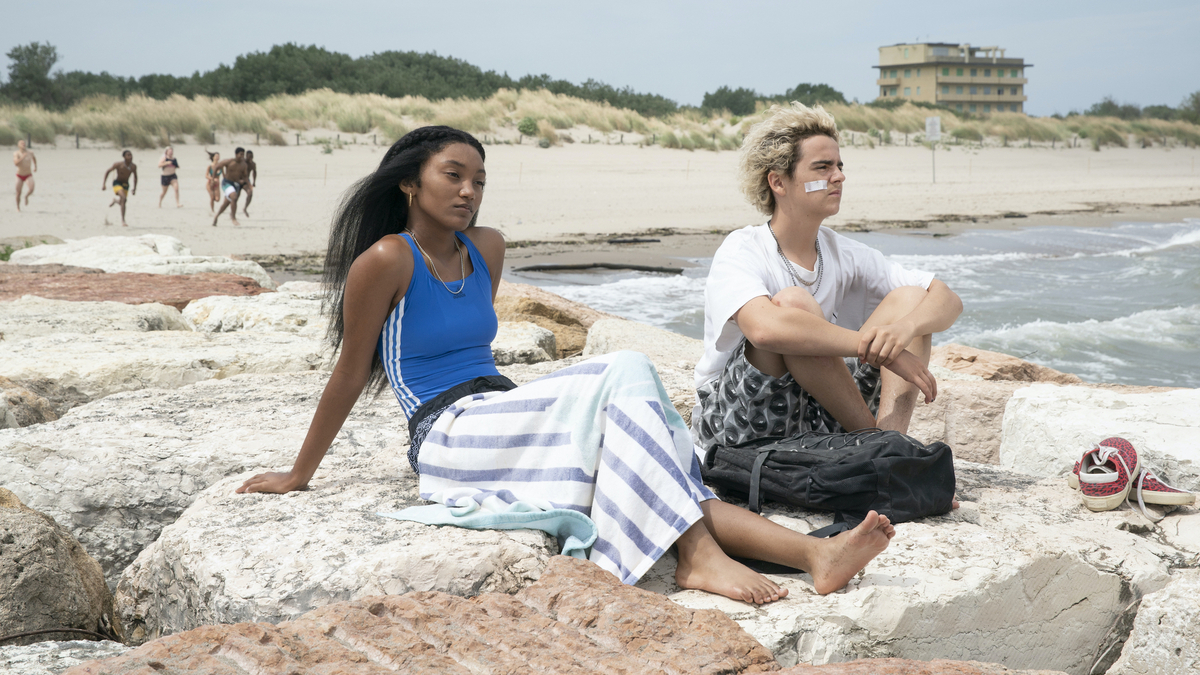 Caitlin (Jordan Kristine Seamon) and Fraser (Jack Dylan Grazer) see the sea in We Are Who We Are.

The first episode of Luca Guadagnino’s We Are Who We Are opens the way his film Call Me Your Name closes: in extended close-up of a young man’s face. In the 2017 movie, the face belonged to Elio (Timothee Chalamet), who stared into the fireplace, wracked with sobs as he nurses his first heartbreak. In the eight-episode HBO series, which Guadagnino directs and co-writes (with Paolo Giordano and Francesca Manieri), the face in question is that young Fraser (Jack Dylan Grazer). He’s also in distress, but his is a milder case: A military brat, he’s waiting, with sullen impatience, for his two moms (Chloe Sevigny and Alice Braga) to deal with the paperwork at baggage claim.

His mother Sarah (Sevigny) has been assigned to take over an American military base in Italy; she’s just uprooted the family from New York City and the move is off to a poor start, as far as Fraser is concerned: The airline has lost his luggage.

Guadagnino’s penchant for a kind of intimate and non-judgmental honesty is already at work — we follow Fraser as he roves the military base and the village around it, a self-styled and self-conscious iconoclast. He makes friends, haltingly, with a group of American kids who also live on the base, and becomes fascinated by one in particular — Caitlin (Jordan Kristine Seamon), whom he oversees (or, more technically, stalks) as she visits a local shop dressed as a boy, and flirts with a young woman there.

Everyone in the series is still figuring out who they are by testing boundaries — even the adults. Sevigny’s character, for example, is seen flirting with a male subordinate, while Braga’s expresses an interest in Jenny, another military wife (Faith Alabi) whose husband is played by Scott “Kid Cudi” Mescudi (the series is set in the run-up to the 2016 election, and at one point offers up a shot of Kid Cudi in a MAGA hat, which is … not something you expect to see).

Guadagnino’s camera weaves in and out of these lives as various characters make good choices and bad (mostly bad), capturing moments that approach the spontaneous and raw-edged feel of cinema verite. Nothing about these characters seems fixed and resolved, which is why We Are Who We Are feels like such a startlingly truthful depiction of adolescence, in all its confusing, and often thrilling, fluidity.

But this same fluidity is reflected in the series itself, which refuses to make its characters slot into anything so tidy and prosaic as a plot. There’s a shagginess here that, at least in the first four episodes screened for press, always threatens to devolve into aimlessness, and Guadagnino’s intimate impassiveness can lead to confusion. It’s laudably truthful, after all, to see a young woman experimenting with gender, but what, exactly are we to make of Fraser?

Are we to worry about his selfish, self-destructive tendencies, or chalk them up to his youth? How about the way he frequently abuses his mother — verbally and physically? Is the series depicting a budding sociopath, or is it simply positing that all 14-year-old boys are sociopaths?

Guadagnino doesn’t seem interested in such labels, and his characters aren’t either. Instead, We Are Who We Are is about the abiding emotional and physical chaos that is puberty — and what it might look like when set against a backdrop of rigid military order. How much you get out of the series depends on your personal tolerance for chaos — and the teenagers who practice it.