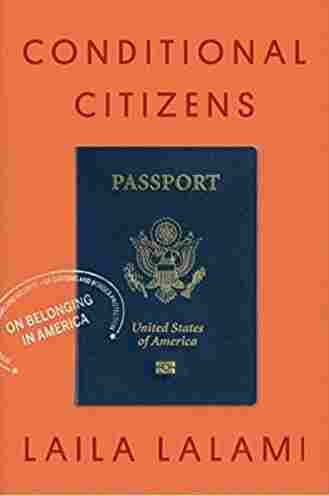 An authoritative history of post 9/11 America has not yet been written. We may be too close to the events of that day — and the weeks and years after — to see it clearly.

But that is, in part, the assignment celebrated novelist Laila Lalami gives herself in Conditional Citizens, a no-holds-barred non-fiction debut.

Lalami recalls the sentiment of President George W. Bush after the terrorist attacks: You’re either with us, or you’re against us. She sets out to expose the false simplicity of that idea. “My life resisted the kind of easy categories that the head of state had outlined for everyone,” she writes.

That is true not just for her, but for an entire class of people whom she describes as “conditional citizens.” These are the many Americans who cannot enjoy full rights because of markers of identity, such as race, gender, sexual orientation or religion. For conditional citizens, duality is the inevitable constant. We want America to succeed, as our fates are here; and yet we cannot turn a blind eye to the enormous gulf between purported values of equality and the realities of systematic oppression.

Though who is allowed to criticize America is a matter of privilege, Lalami says. Donald Trump can call this country “the laughing stock of the world,” and still be president. Yet when Lalami has criticized this country — for example, describing the U.S. invasion of Afghanistan as an attack against innocent civilians — she has been met with disbelief and suspicion. She is also expected to be a voice for Islam and an expert on terrorism. As she toured the U.S. to discuss her dazzling historical fiction The Moor’s Account about the man widely considered to be the first Black explorer of America, a white woman in Arizona asked her to pontificate on ISIS. Lalami wonders: “If the guest at the dais had been a white writer, invited to talk about a novel of exploration set in sixteenth-century America, would any of the readers in attendance have brought up the KKK?”

We know the answer to that question.

Lalami was born in Morocco and came to the U.S. for graduate school. She stayed because she fell in love with an American, whom she married. When she applied for citizenship, she took her oath of allegiance in the same complex where Japanese Americans were rounded up during World War II. The barracks hastily built to intern these citizens of color have since been converted into a parking lot. “I don’t think the erasure is accidental,” she writes. “Over the last twenty years, I have come to understand that there is nothing more American than forgetting the past.”

Lalami structures Conditional Citizens: On Belonging In America as a series of personal vignettes and historical dives that are more broad than deep. Her contribution is not original research. She relies largely on the scholarship of others and news archives to explore her own understanding of what it means to belong in this country. What she brings is self-awareness.

Casual encounters in everyday life prompt her to probe American history and unearth forgotten facts and significant erasures. For example, Muslims have been a longstanding part of the country, starting with many of the Africans brought to the U.S. in the transatlantic slave trade. Only they were not able to build mosques alongside the churches they’d built for white settlers.

Lalami wrote Conditional Citizens before the execution of George Floyd on May 25, 2020, which was recorded, streamed worldwide, and rapidly accelerated the reach of the Black Lives Matter movement. Her book is not designed to win over those “in the middle.” She can and will be dismissed by some as a newcomer who has lived the American Dream and then trashed it. But mainstream acceptance is not her central concern. Her goal, it seems, is to thread together the experiences of a breathtakingly diverse underclass. This constituency is increasingly finding its voice, and she is amplifying what had long been intimate, complicated inner thoughts.

Aarti Shahani is the author of Here We Are: American Dreams, American Nightmares.