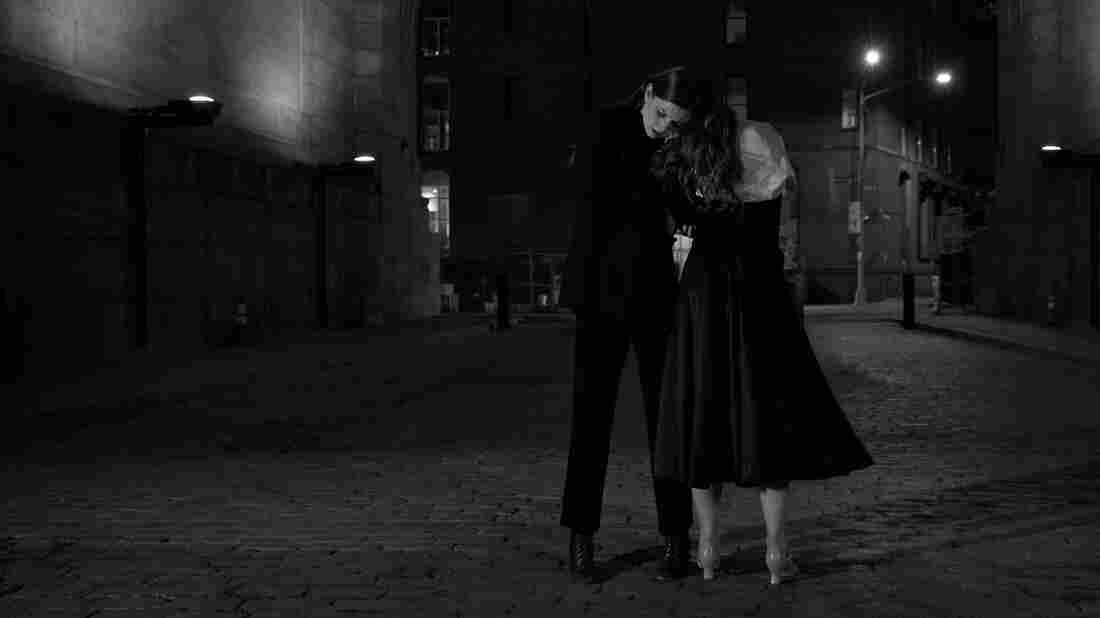 Jordan Betscher and Courtney Crain dancing to Irving Berlin’s “Isn’t This a Lovely Day (To Be Caught in the Rain)?” Courtesy of Concord Theatricals hide caption 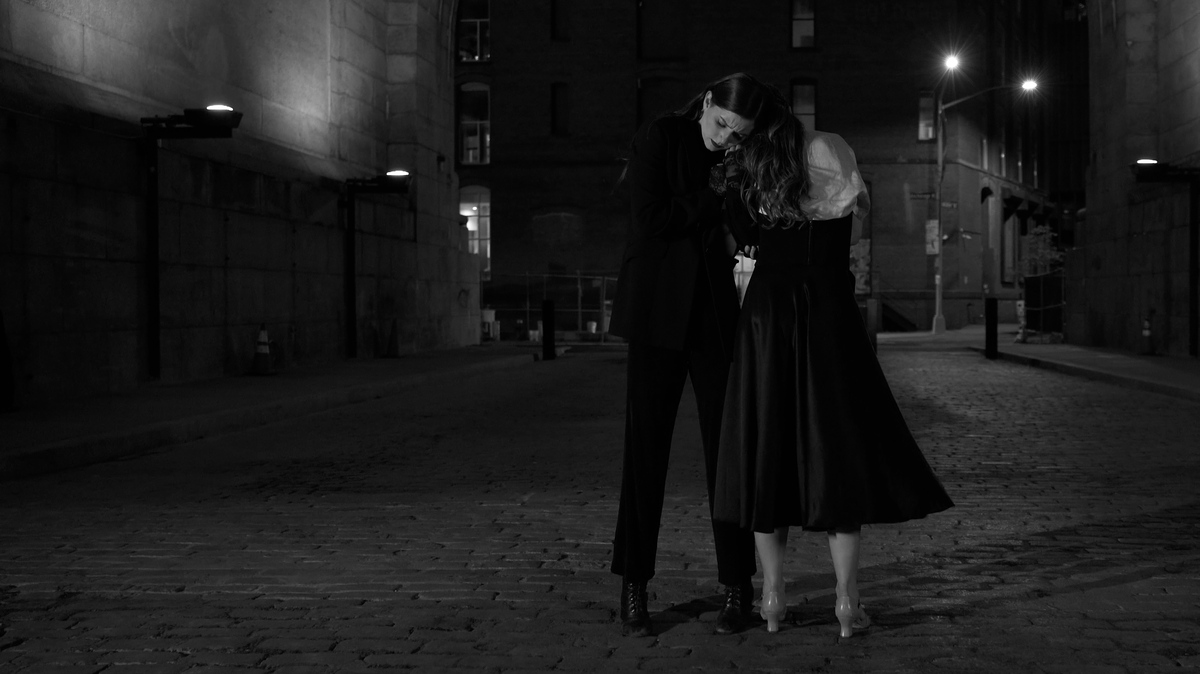 Jordan Betscher and Courtney Crain dancing to Irving Berlin’s “Isn’t This a Lovely Day (To Be Caught in the Rain)?”

When Irving Berlin’s Oscar-nominated movi musical Top Hat entered the National Film Registry, the Library of Congress wrote “This effervescent musical proved the perfect tonic for Depression-era audiences.” 85 years later, a mesmerizing, modern rendition of one of its dance numbers could be seen as a “pandemic-era” tonic for today’s audiences

The black and white dance video, choreographed by Al Blackstone and filmed in a tunnel in Brooklyn, is part of a celebration of the 85th anniversary of the release of the Fred Astaire/Ginger Rogers classic. This is the first of three videos produced by Concord Theatricals, on behalf of The Irving Berlin Music Company and in coordination with CLI Studios. The other two videos will be released on October 22nd and 29th.

Set to a contemporary rendition of Berlin’s song “Isn’t This A Lovely Day (To Be Caught In The Rain)?” by The Powder Room, Blackstone’s choreography captures the yearning to be joyful with moments of desperation from feeling confined. Dancers Courtney Crain and Jordan Betscher embrace and release with movements that are both tender and spry.

Blackstone says when he heard The Powder Room’s version of the song, he embraced it immediately. “It’s so moody and has so much levity and so passionate,” he says. “It really connected to just a deep sadness and uncertainty, particularly for dancers in New York City and the community that I deal with as a choreographer and as a teacher.”

In the original “Isn’t This A Lovely Day (To Be Caught In The Rain)?” from Top Hat, the Astaire and Rogers dance in a gazebo as the rain pours down outside. Blackstone — a huge fan of their movies and Irving Berlin’s music — and videographer Pierre Marais wanted to find a similar kind of enclosure. They settled on a cobblestoned tunnel in the Dumbo section of Brooklyn. It wasn’t raining, but they shot late at night, giving the video an atmosphere of romance and drama. “My favorite combination,” laughs Blackstone.

Crain and Betscher were able to dance together without masks because they’ve been roommates since before the pandemic hit. With the New York performing arts world at a standstill, Crain says they’ve been making ends meet by teaching at dance studios. She says they were thrilled to get work actually performing. Crain also hopes the video gives “other people faith that there is something still happening in the dance world.”

Blackstone says he and Marais wanted to make the video in one take “to preserve the moment as much as possible,” but also “because that’s how Fred did it,” says Blackstone. “I think there’s only one cut in the original.” But that meant they had to do it multiple times. Dancer Crain didn’t mind.

“I was thinking to myself how special it was that we were getting to do something that a lot of people aren’t getting to do during this time,” she says. “Because there aren’t auditions happening and there aren’t shows happening. And it was just a really special moment for me right before we did at the very last time.”