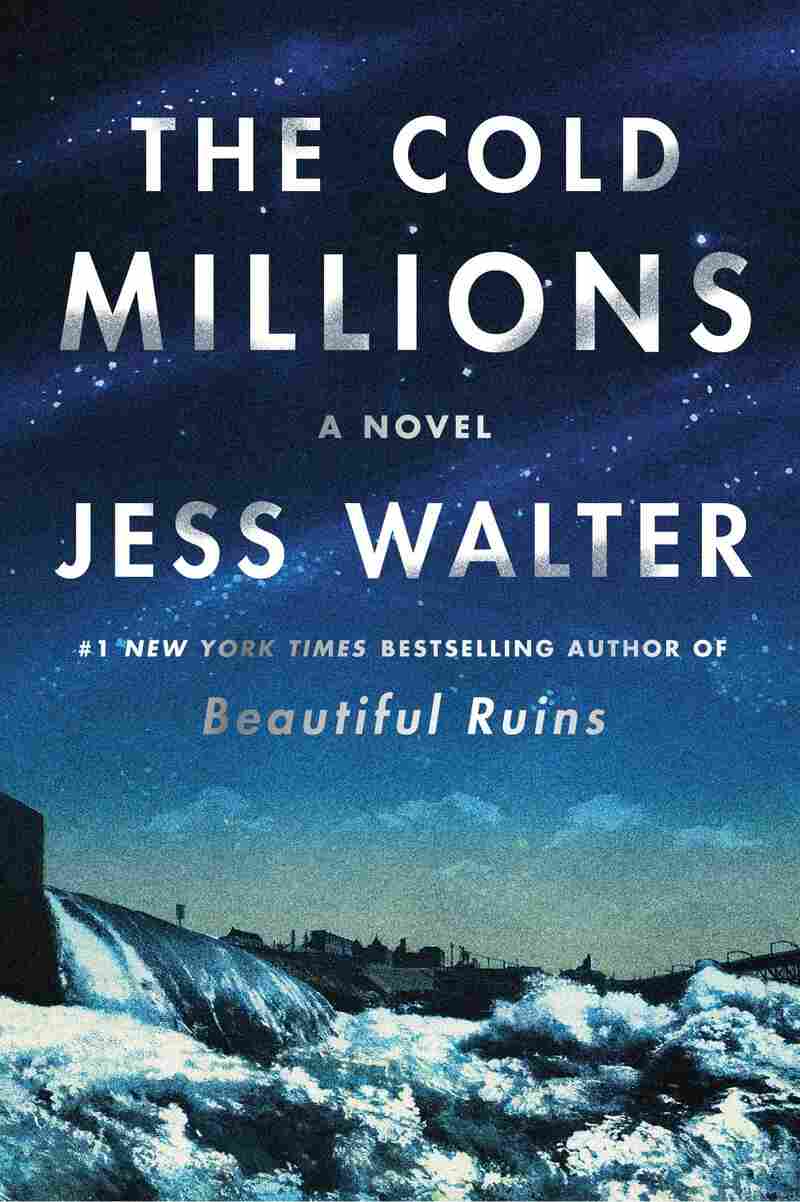 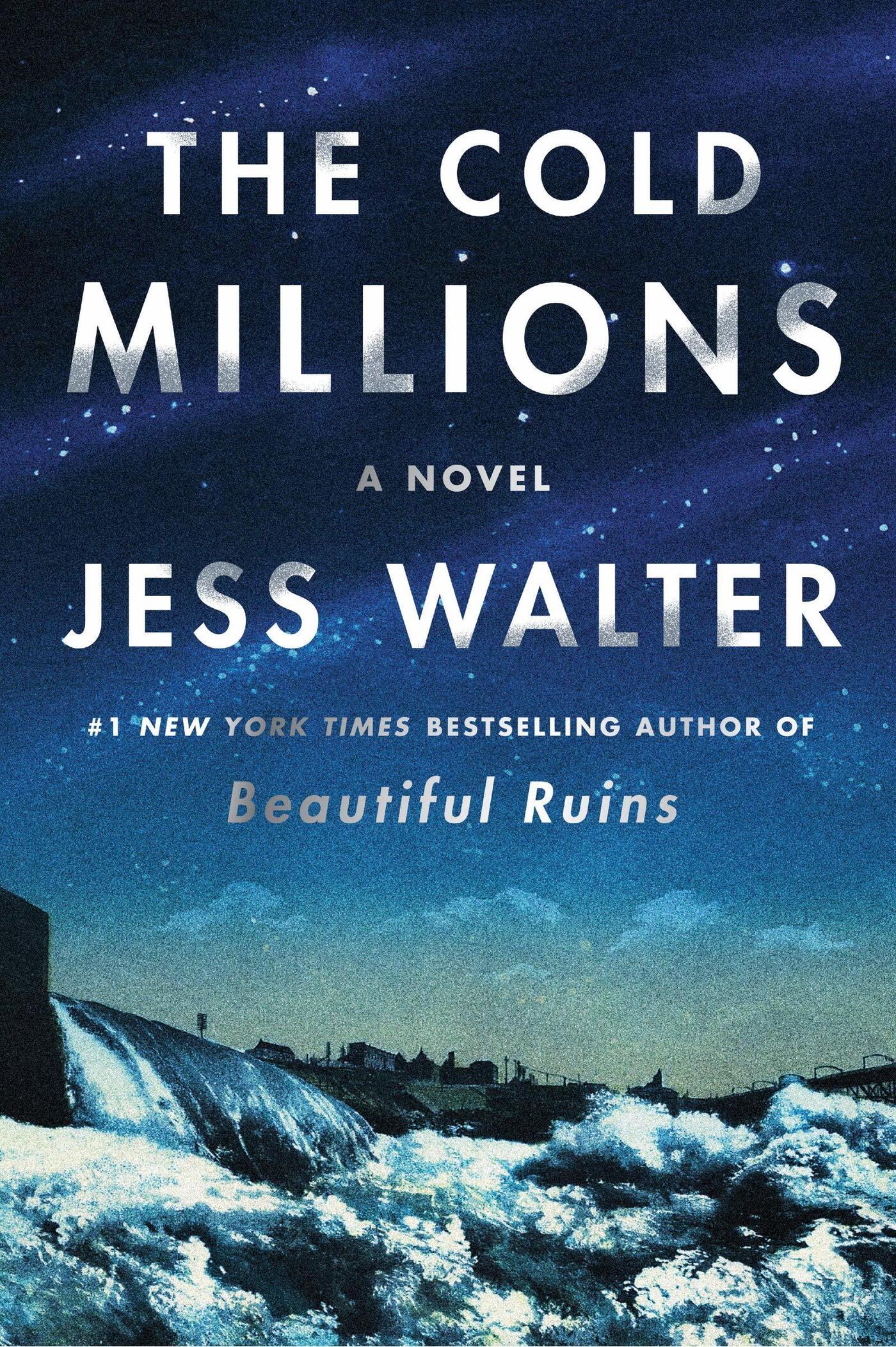 Spokane, Wash., still had enough saloons to soak the town, but there were opera houses and vaudeville theaters too. It was the unofficial capital of that corner of the West — rapidly industrializing, with a tangle of railroads and men looking for work, like the two brothers at the heart of Jess Walter’s new novel, The Cold Millions. It’s a adventure tale based on actual events in the early days of the labor movement.

“I always wanted to tell a story about this period when my hometown was the center of the world,” Walter says. “I mean, seven railroads came through. And if you can think of railroad as the 1900 version of the Internet, you know, this was really a huge economic and growing city.”

On writing about income inequality

I come from a working class family and background, and I wanted to do it in a way that wasn’t didactic. And to write about the last Gilded Age, the last time the gap between the wealthy and the poor was as drastic as it is now seemed like a way to be able to write almost a political novel, but to give it the trappings of something else.

I mean, if you think of it, this is the end of the Gilded Age, coming out of Victorian England and the Industrial Revolution. You know, it was this sort of gap between wealthy and poor. And it, for me, both of my grandfathers were itinerant workers in the 1930s. And my grandfather, Jess Walter, my namesake, used to tell these stories of hopping on trains. And for a kid who grew up with Treasure Island, it sounded like stowing away on a pirate ship. So I wanted to be able to write with that sense of adventure that I remembered those stories, and to make us think about homelessness and poverty in different ways, you know, the way maybe they were thought about 110 years ago.

I thought, what if you wrote a Western? But instead of Clint Eastwood riding into town to challenge the forces that be, you had, a 19-year-old pregnant labor activist

On Elizabeth Gurley Flynn, who was a real historical figure

She struck me as such an incredibly modern figure. And I had worked at the newspaper in my hometown, and you’ll just be in the morgue some days looking through old things, and to come across these free speech riots of 1909 and just think, how have I never heard of this? You know, that this city was the center of social unrest over workers’ rights, more than 500 people arrested. And then to see that the person leading this charge was indeed a 19-year-old pregnant labor activist from New York named Elizabeth Gurley Flynn, you know, who’s out ten years before women have the right to vote, as a suffragist and as a labor activist trying to fight for fairness and social justice.

And one of my impulses was to write almost a sort of Western, at the very end of the Western moment. Spokane at that time, a city that is moving from a sort of frontier wild town to a very modern industrial city. And I thought, what if you wrote a Western? But instead of Clint Eastwood riding into town to challenge the forces that be, you had, a 19-year-old pregnant labor activist who’s talking about freeing the vagina? You know, I just thought, wow, what an amazing figure that would make in a novel.

On the violence of those early labor battles

I don’t think people realize how close the country came to a class war in the late 1890s, early 1900s. Pinkerton goons shooting at striking workers, bombings in various places, soldiers sent into Idaho to jail workers. It really came close. But I think, you know, anyone who’s lived through this summer knows what social unrest is like. And as I was working on the novel, I kept seeing the echoes of the social unrest we’re living in now, and to watch the way young people have led — for instance, the Parkland shooting survivors fighting for common sense gun laws, or students walking out of school for climate strikes. And then the Black Lives Matter protesters of the summer, to see how much of that is fueled by the idealism of youth. I found myself looking again at sort of the mirror of Elizabeth Gurley Flynn, of that youthful idealism and the desire to stand up against the things you think are wrong.

On the “job agents” and how they scammed workers

If you cut your foot off in a bailer, you were just sort of set loose, and it sounds so primitive. But 110 years later, how many people are working without basic health insurance?

There is a reason I named one of my characters Gig. I kept thinking, this is the beginning of the gig economy, in a way. You own only your labor. You own only your physical body that you bring to work. At the time, these job agents or job sharks, as they were called, would charge money for food, for housing, for medical care. If you cut your foot off in a bailer, you were just sort of set loose, and it sounds so primitive. But 110 years later, how many people are working without basic health insurance? These early unions that led the free speech fight in Spokane and other places, were fighting for basic ten, 12 hour days, six day workweeks. And I know a lot of Uber and Lyft drivers who work seven days and put in as much time as they can just to keep themselves going.

I always think taking a lesson from a novel is probably a bad idea. But I do think you can look at the gains that were made by the unions in the 1940s and ’50s and ’60s. You know, this novel takes place at the dawn of labor, and at a time when it looked like revolution was the answer, that a class war might break out to finally guarantee rights for some of these workers. At the end of the novel, one of the characters asks Elizabeth Gurley Flynn how she keeps going when she knows the war is so hard to win. And I think a lot of us have found ourselves asking that in the last few years, politically. And the answer she gives, that you may not win the war, but to win a battle is enough. And I think if you look at what labor accomplished, creating a middle class that we only began dismantling in the 1980s, you know, creating a real sense of egalitarianism that I think a lot of us would long to get back. I do think there are victories to be made and there are lessons to be learned and, you know, maybe not the leading edge of revolution, but in the ideas that it encompasses.

This story was produced for radio by Elena Burnett and Jolie Myers, and adapted for the Web by Petra Mayer.