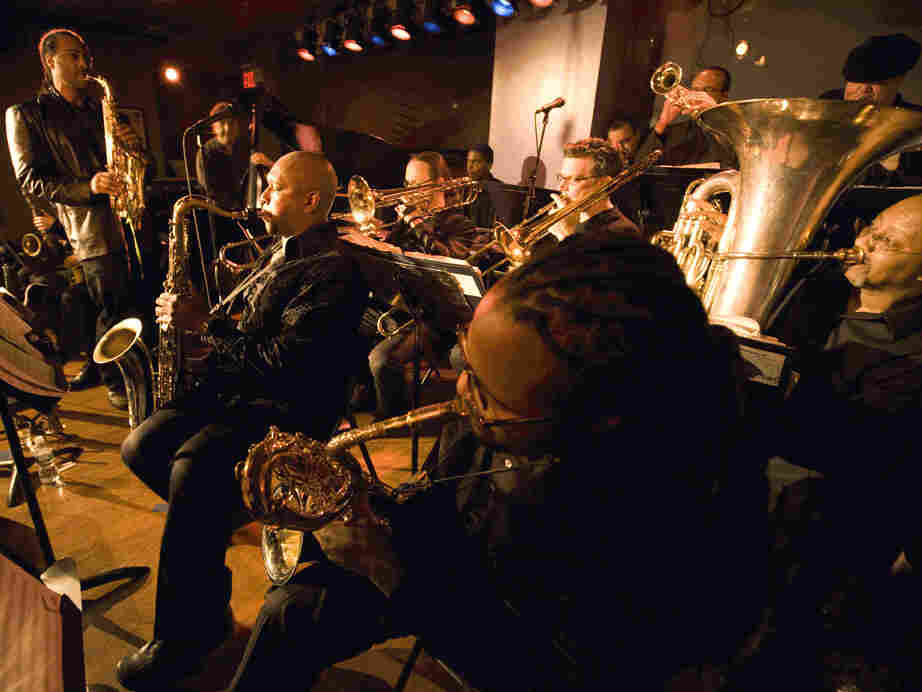 The Mingus Big Band, playing a set at The Jazz Standard in 2008. Jimmy Katz/WBGO hide caption

Jazz Standard, a perennial favorite New York City venue for musicians and fans alike, has shut its doors. It is the first major jazz club in the city to close permanently due to the coronavirus pandemic.

The basement club first opened in 1997, but was re-opened in 2002 along with a sister barbecue restaurant upstairs, Blue Smoke Flatiron, as the city staggered back to its feet in the aftermath of Sept. 11. Both the club and the restaurant are owned by restaurateur Danny Meyer and his Union Square Hospitality Group.

In an announcement Wednesday morning, the owners wrote: “We have explored every avenue to arrive at a different outcome, but due to the pandemic and months without revenue — as well as a lengthy rent negotiation that has come to a standstill — we’ve reached the disappointing conclusion that there is no alternative but to close Jazz Standard and Blue Smoke Flatiron. The current situation surrounding the pandemic, including the regulations for restaurants and live music, make it impossible to maintain our quality and continue to ‘set the standard.'”

Booked by Seth Abramson, the club hosted all-star artists for more than two decades with a wealth of recordings made at the venue, including albums by the Maria Schneider Orchestra, the Mingus Big Band, trumpeter Dave Douglas, drummer Dafnis Prieto and pianist Fred Hersch.

In the announcement, the Standard’s owners expressed hopes that they will be able to resurrect the physical club at some future point. “Although we are devastated by the closure,” they wrote, “we are optimistic about the future and look forward to writing the next chapter of Jazz Standard. In the meantime, we continue to host exclusive artist interviews and virtual performances across our online platforms including a Facebook Live series co-presented with the New Jersey Performing Arts Center (NJPAC).”

Musicians and venues across the country continue to fear the long-term repercussions of the coronavirus pandemic, with few “normal” re-openings in sight in most regions and without any federal relief offered to artists or to presenters. Republican Texas Sen. John Cornyn sponsored a bill, Save Our Stages, specifically geared to helping independent venues withstand the pandemic, has garnered dozens of cosponsors, but it has not yet passed in Congress.