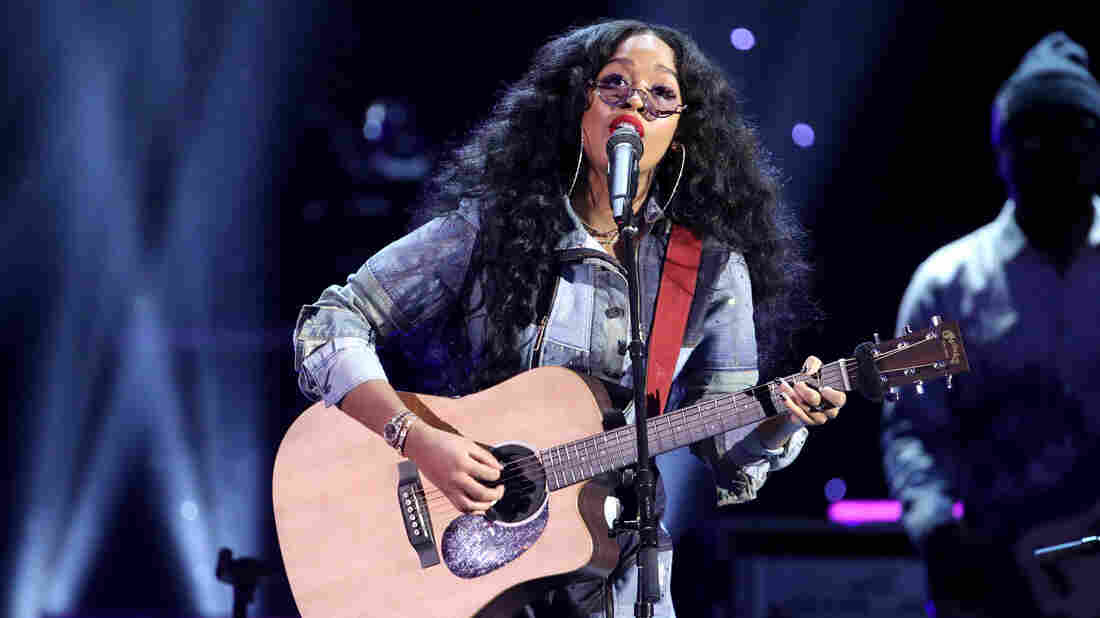 2021 is shaping up to be a big year for singer-songwriter H.E.R., who, after winning two Grammy awards in one night, was nominated for an Oscar the morning after. Rich Fury/Getty Images hide caption 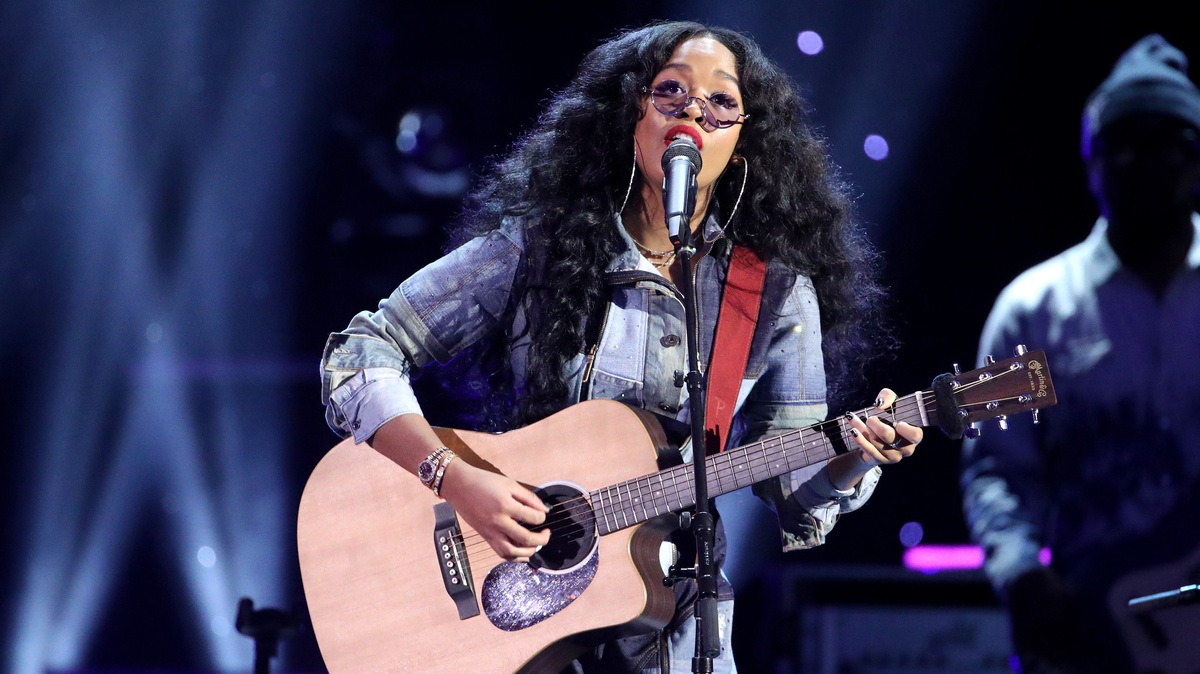 2021 is shaping up to be a big year for singer-songwriter H.E.R., who, after winning two Grammy awards in one night, was nominated for an Oscar the morning after.

She’s only 23 years old, but H.E.R. speaks like a music industry veteran – and, in many ways, truly is one. The accolades piling up around her attest: The day after the singer won her fourth Grammy Award for the song “I Can’t Breathe” from her album of the same name, she and her co-writers were nominated for an Oscar for the song “Fight For You,” from the movie Judas and the Black Messiah. She plays multiple instruments, has performed at numerous high-profile events, including Super Bowl LV, the Emmy Awards and the 51st NAACP Awards (for which she received multiple nominations), not to mention NPR’s Tiny Desk (which sits at 16+ million views and counting).

“When I came out the womb, there were instruments in the living room,” H.E.R. laughs, remembering jamming with her father’s cover band when she was a little girl growing up in the San Francisco Bay Area. By day, her father worked construction and her mother was, and still is, a nurse. But music was the dominant pastime.

“Most days, my dad and I were in the kitchen, he was cooking breakfast and I would be watching a Prince concert DVD.” Among the artists on the family playlist, H.E.R. ticks off a long list: Stevie Wonder, Donny Hathaway, Chaka Khan, Mary J. Blige, Alicia Keys, Eric Clapton… “Even AC/DC,” she says. “I really just was very inspired by all of these artists to become a musician. And it was a given for me.”

At age 10, little Gabriella Sarmiento Wilson – H.E.R.’s birth name – played piano and sang an Alicia Keys cover on The Today Show, wowing the show’s anchors with the confidence of a seasoned performer.

Her co-writers on both “I Can’t Breathe” and “Fight For You” are Tiara Thomas and D’Mile, a producer-musician whose long list of credits includes work on albums by Justin Bieber, Usher and Lucky Daye. H.E.R. says Thomas and D’Mile are artists she relies on for both creative and emotional support. “Me and Tiara, we have conversations all the time about our own pain and things that we go through. We have that comfort and that safe zone in the studio together.” As for D’Mile, “I don’t even have to say much to him. He just gets it,” she says.

D’Mile smiles when he confirms that, yes, they speak the same musical language, and it doesn’t take much in the way of explanation when they’re in the studio together. “I just feel like there’s another me in the room,” he says.

D’Mile also grew up in a musical family, playing multiple instruments at a young age. While he says H.E.R.’s musicianship is undeniable, he believes it’s her songwriting that makes her “unique.” Recalling the process of writing “I Can’t Breathe,” an impassioned response to police brutality towards Black life: “That really came from her heart,” he says. “Everybody could talk about love, which is … important. But she knows how to get deeper.”

Judas and the Black Messiah tells the story of Illinois Black Panther leader Fred Hampton and William O’Neal, the FBI informant who infiltrated the Panthers and gave authorities information that ultimately lead to Hampton’s assassination in 1969. Before writing the song, H.E.R, D’Mile and Tiara Thomas watched an early version of the movie together. H.E.R. says, afterwards, she felt angry.

“It kind of left me, like, ‘Wow, I didn’t even know this. How come I didn’t know that?’ ” Though she definitely knew the music from the era. “I’m a soul baby. That’s like my favorite time in music,” she says. Drawing inspiration from songs by artists like Marvin Gaye and Curtis Mayfield, “Fight For You” feels like a bridge to the late 1960s, with triumphant opening horns, H.E.R.’s sultry, storytelling and a swaying, late-Motown-style chorus.

While the music is hopeful, the lyrics address the trauma of oppression and take aim at the people who killed Fred Hampton:

All the smoke in the air

Feel the hate when they stare

All the pain that we bear

All we got is a prayer

It was all in their plans

Wash the blood from your hands

“Everything was on purpose, because they were trying to stop change from happening. And that’s still happening today,” H.E.R. observes of the film’s depiction of FBI propaganda and its sowing of divisions within the Black community.

Before she started working on the song, she had a conversation with director Shaka King. He says he didn’t give her much guidance. But he did have one request: “No gospel.”

“I feel like a lot of times when you make movies that take place during this time period, there’s this instinct to add this sort of gospel choir like music,” says King. “And I completely wanted to avoid that sort of musical trope.” He says H.E.R. laughed when he made the request. “She knew exactly what I was talking about,” says King.

King is thrilled with how Fight For You turned out. He believes it’s hopeful tone, coming at the end of a grim story about the horrors of injustice, might leave audiences with “a sense of ‘They can’t stop us.’ “

For H.E.R.’s part, she admits she started making music simply because she wanted to. Now, with millions of fans around the world, she’s taking the power of her platform seriously.

“My responsibility as an artist is to say the things that sit in the back of people’s minds, because they sit in mine.”