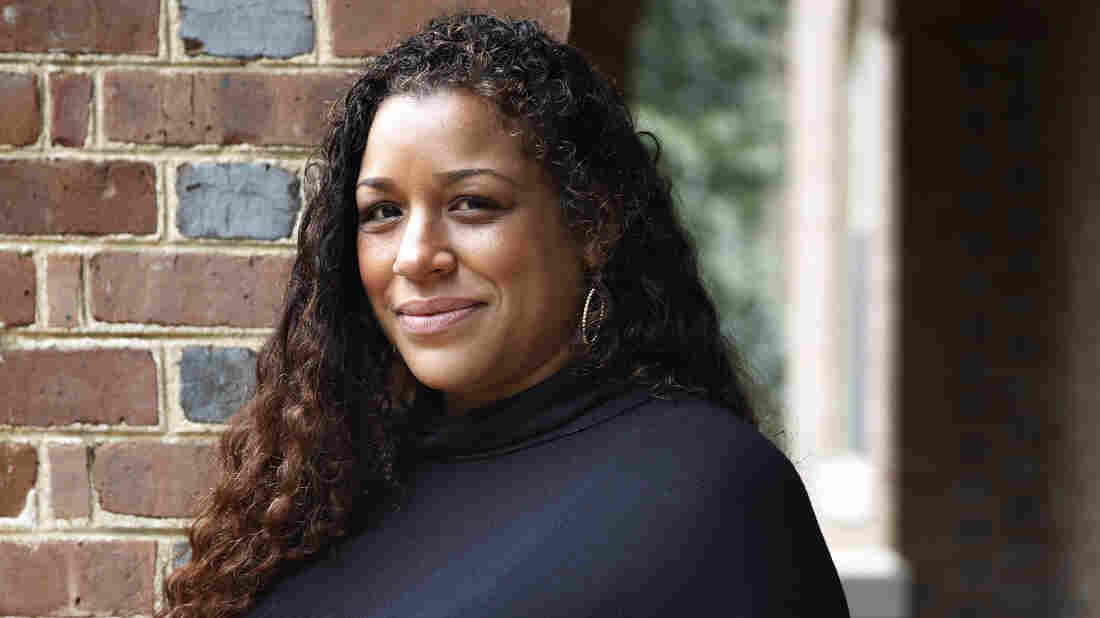 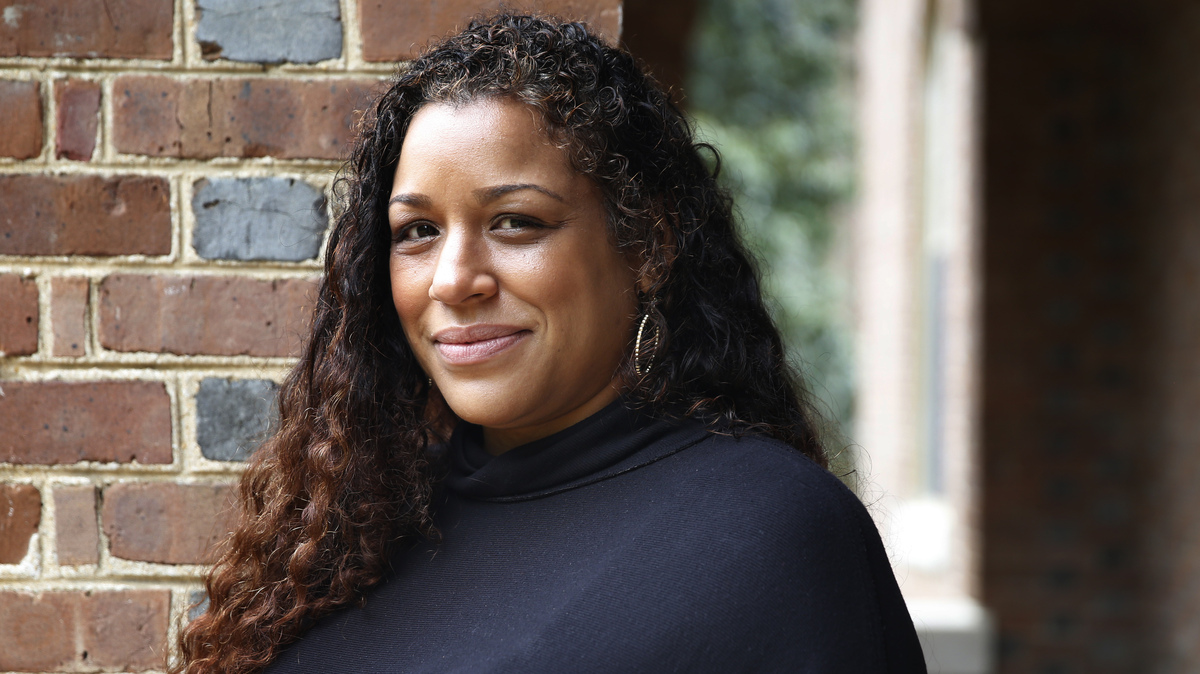 Nicole Lynn Lewis is the author of Pregnant Girl: A Story of Teen Motherhood, College, and Creating a Better Future for Young Families.

When Nicole Lynn Lewis got pregnant in high school, she thought it might end her dream of going to college and having a career. She felt ashamed, in part because of how people regarded her as a pregnant Black teenager.

“In that moment, as I watched those two pink lines show up on that test on the counter of my bathroom, [I felt] that I was now in a different category as an individual and as a person,” she says, “that I would forever be in that category of someone who had made all the wrong decisions, someone who was not going to be successful.”

Lewis miscarried three months into that pregnancy but later got pregnant again with the same boyfriend — despite the fact that she was taking birth control pills at the time. In 1999, when her daughter was still an infant, Lewis enrolled in the College of William & Mary. She faced numerous challenges — including an abusive boyfriend and housing insecurity — but managed to put herself through college, and then grad school.

In 2010 Lewis founded the group Generation Hope, a nonprofit group that helps teen mothers in the Washington, D.C. metro area with financial assistance and mentoring to help them thrive in college and help their children thrive in kindergarten.

There’s a sense of powerlessness that I think is happening for young people all across the country. And what we see is that even access to birth control is a challenge for many young people.

“These are the times that we need to rally around mothers, no matter how old they are or how they brought their children into the world,” Lewis says. “It’s not about pairing our students with experts. It’s about pairing them with cheerleaders, with people who say, ‘You can do it — if you have a teething baby at 2 a.m. and you have a midterm the next day, we’re going to get through it. You can do this.’ It’s about having a village.”

Lewis, who is now in her 40s, was named a CNN Hero in 2014. Last year, she was named one of the inaugural awardees of The National Black Voices for Black Justice Fund, in recognition of her work addressing structural and systemic racism in America. Hew new memoir called Pregnant Girl.

The World Health Organization released a report several years ago, and in the report they talked about the fact that adolescent pregnancy is more about a lack of choices than a deliberate choice. And that has always really stuck out to me as a great way to really reframe the way that we think about teen pregnancy and young women who find themselves in this situation.

There’s a sense of powerlessness that I think is happening for young people all across the country. And what we see is that even access to birth control is a challenge for many young people. Having quality, effective health care and being able to access that is a challenge. And so I think we have to really start to understand the underlying issues that are at play that really rob young people of their ability to make their own decisions about their bodies and their lives. 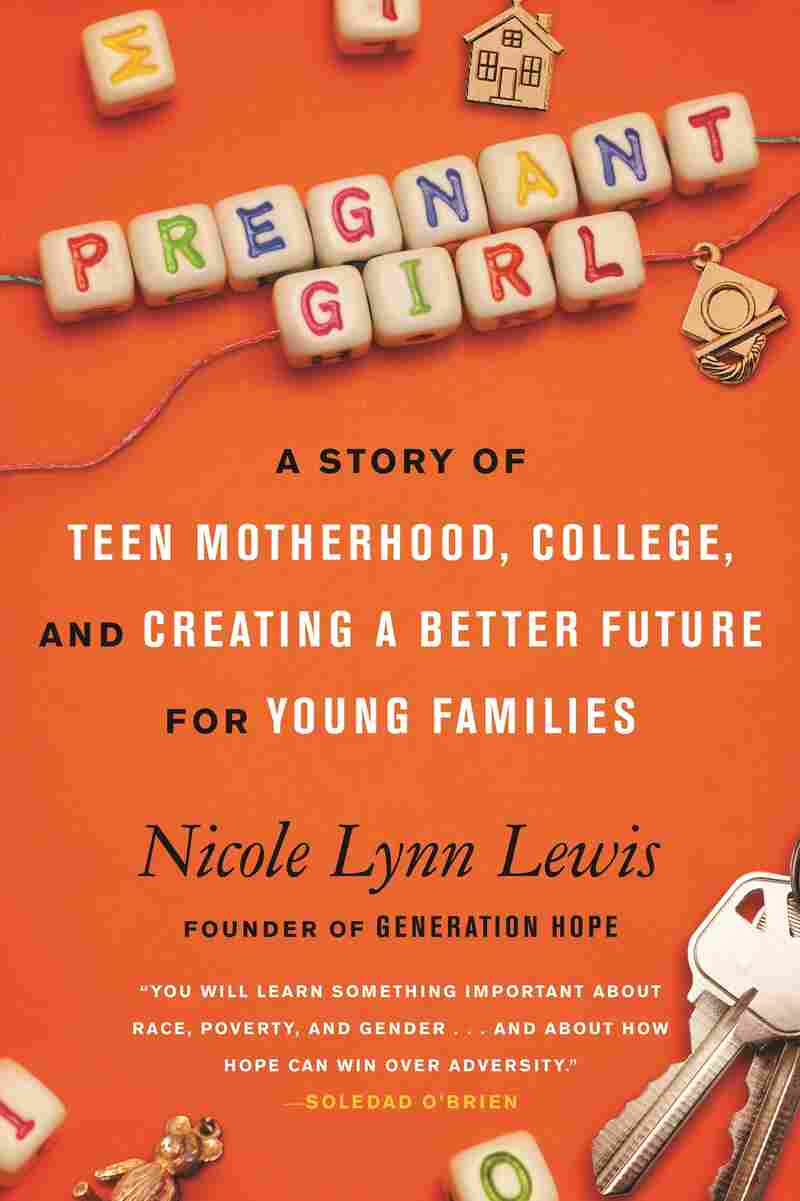 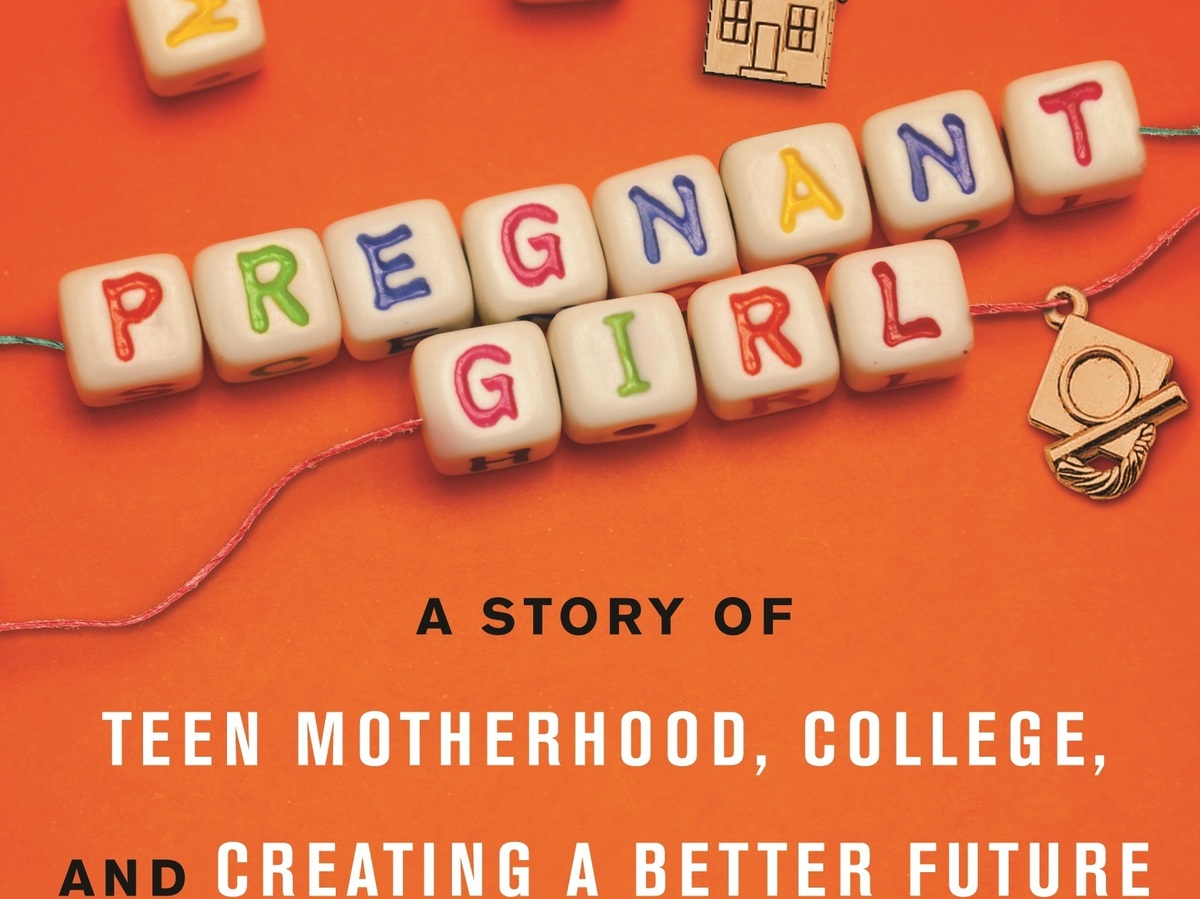 I think this is another aspect of teen pregnancy that many people don’t know about, which is that you often, as a young woman, are in these relationships where you’re being pressured by your partner to get pregnant. And oftentimes it’s not because your partner is so excited about settling down and starting a family. It’s more about the control that your partner can exert over you with a pregnancy and making sure that you stay with them, making sure that you stay home, making sure that you aren’t working or pursuing your dreams, all of these various things that they find intimidating or a threat to the relationship. We see that every day at Generation Hope in so many situations where we’re supporting young parents whose children are the products of that reproductive coercion. And I think it’s something that many people, when we think about teen pregnancy, we really have no clue what’s going on in these relationships with young people. And it is happening every day.

Many mothers experience that for months, where you can’t see the light in the world. And I think, again, we talk about it when it comes to older mothers, mothers who maybe have a traditional route to motherhood. But we don’t talk about it when it comes to teen mothers. … We have this thing about, “You made your bed now, now lie in it” — how damaging that is. This is a time as a new mom, so many of us can understand the fragility that you have as a new mother and the uncertainty and just the fact that the world feels upside down most days. You’re in a fog, even without postpartum depression. … And yet, for young mothers, we rip the rug right out from under them and we have to acknowledge the fact that that is damaging, and it causes so many issues, not just for the mom, but also for that child.

There are so many things that contribute to that, from the racial wealth gap that the Black families have in terms of how do you afford college in the first place, they’re more likely to have to take out loans. But then if you’re a parenting college student, you’re not only taking out loans for tuition, but you’re taking out loans for child care. You’re taking out loans, potentially, for housing. That was certainly the case for me. I was living off of student loans to make sure that I could not only go to school, but that my daughter and I had food to eat, had a roof over our heads. Child care is incredibly expensive. I think we’ve seen all of the issues and the problems with our child care sector in this country. And so there aren’t affordable child care solutions.

If you’re a parenting college student and all of those costs, they stack up. And so either you make it to the graduation stage and you have a tremendous amount of debt, but you’re at least able to have that credential to try to get into a family-sustaining job. [Or], for many, many Black parents who are in college, you don’t even make it to the graduation stage. You might have to stop out because of different circumstances. And then you’re riddled with this student debt and you don’t have a credential to show for it.

I think the first misconception that most of us have is that you can’t support teen pregnancy prevention and help teen parents be successful, and that’s not true. Those two things can coexist. … I think we can continue these really wonderful efforts on the teen pregnancy prevention side of comprehensive sex education, making sure that teens have access to effective birth control and contraception, making sure that adults are talking to their children about reproductive health and sex and having those important conversations over time. All of those efforts are hugely important and they can happen. And also we can make sure that we’re removing [educational and economic] barriers for those young people who do experience the pregnancy. …

You’re missing the mark if you’re working in teen pregnancy and you’re not naming the role of race and really talking about: How do we address these underlying issues that can often lead to a teen pregnancy that are beyond contraception and beyond sex education

I think the other thing that we have to start to really name — I talk to people who work in the teen pregnancy prevention field and they’re not talking about race. They’re not talking about systemic issues. And you’re missing the mark if you’re working in teen pregnancy and you’re not naming the role of race and really talking about: How do we address these underlying issues that can often lead to a teen pregnancy that are beyond contraception and beyond sex education? And they’re really about hope for young people, making sure that all young people in this country have the ability to move out of poverty and to overcome racial oppression. And what are we all doing to make sure that happens, and that they have a hope to go on and to do really great things in their lives?’

On the connection between homelessness and young pregnancy

First, I think we have to kind of name the fact that there are many young people who are homeless even before a pregnancy comes into the picture. This really speaks to these underlying issues that are at play in young people’s lives before a pregnancy. And poverty is a big one. And we have to stop this kind of framing of the issue of teen pregnancy as being that everything is going well in a young person’s life, they become pregnant and then they become homeless and then they go into poverty.

What is often happening is that young people are in these housing-insecure, food-insecure situations — really dark situations — challenging, family situations where a pregnancy is a symptom of those of those larger issues that were at play in their lives a long time ago. And so housing insecurity and teen pregnancy are connected because sometimes it’s already happening in the life of that young person before the pregnancy. Sometimes it happens as a result of the pregnancy.

There are some families or parents that say, “You have to leave now that you’re pregnant” and they kick these young people out on the streets. And then sometimes, as you’re trying to provide for your children, just housing affordability is such a challenge. And as a young parent with maybe a high school diploma — and more than likely not a college degree or a post-secondary credential — housing becomes incredibly difficult. So it’s deeply intertwined with teen pregnancy.

Oh my gosh, it was night and day just being able to rely on someone in the parenting journey — it’s huge. And to be a team together. I remember having our first child together. It was hard sometimes to let him take care of me and the baby when we came home from the hospital, because my first experience, I was completely on my own. And really having a partner and someone who is present, who is involved, who wants to change diapers, who wants to talk about report cards, who wants to be there for the soccer games and the good stuff, but also who wants to navigate the more challenging things with you? It’s completely different. And it has just been a wonderful experience to see him be a part of my oldest daughter’s life and to also see him as a father to our children. It’s been amazing.

Sam Briger and Kayla Lattimore produced and edited the audio of this interview. Bridget Bentz, Molly Seavy-Nesper and Deborah Franklin adapted it for the Web.