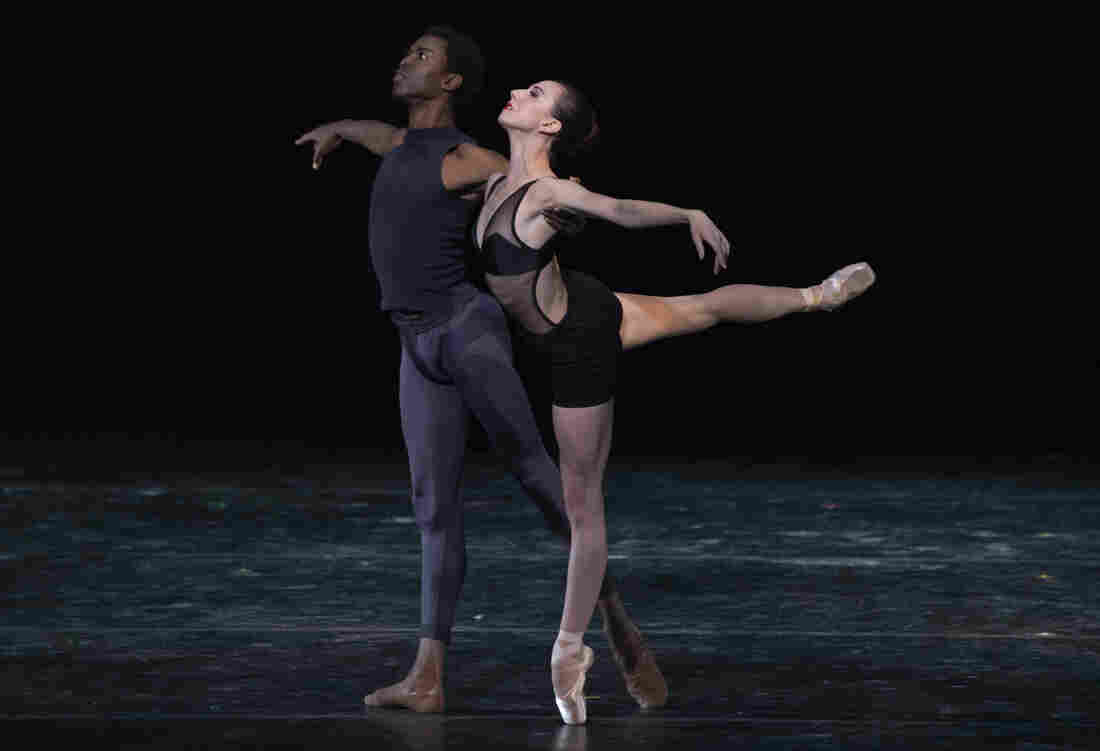 Tonight, dancer Calvin Royal III will take center stage for a special spotlight performance at the Vail Dance Festival — where he’s this year’s artist-in-residence. He’ll dance to Dinah Washington’s “This Bitter Earth,” a piece, he says, that often makes audiences burst into tears.

“The music just takes you there,” Royal says. “I feel like every time, we get lost in the sweep of it, and then we come off stage and we’re like, what just happened?”

It’s been a big year for Royal. Last September, the American Ballet Theatre promoted him to principal dancer — and the then-31 year-old became just the third Black dancer in history to ascend to that company’s most prestigious rank.

His partner in the “Bitter Earth” pas de deux, Isabella Bolyston — who is also a principal dancer at ABT — says she knew Royal was special when she first encountered him in an ABT studio more than a decade ago. “Calvin — cover your ears, okay?” she joked, and then added, “he’s gorgeous!”

Beyond his physical attributes — he stands a lean six feet and is a model for the IMG agency — Bolyston says she’s made Royal her go-to partner because of how he’s able to convey emotion with his body. When he performed in Alexei Ratmansky’s “Serenade After Plato’s Symposium,” she would watch him from the wings every night. “He has this beautiful solo and it felt like a monologue, you could feel this deep human connection with what he’s able to say. It just touched me in such a deep way.”

Royal started ballet much later than other star dancers

What makes his rise all the more impressive is his late start in ballet. Royal took his first class — with two hands on the barre — when he was 14 years old, at the Pinellas County Center for the Arts in Florida. Three years later he won a scholarship to the American Ballet Theatre School in New York City. Suddenly he was around students who had been performing most of their lives. He would take the subway downtown to the ABT studios immediately after his academic classes ended so he could observe his more experienced peers rehearsing.

There was something about him, especially when he got on stage, that was just radiant.

“Even that was so inspiring to me,” he told me. “I would take notes. I aspired to be in the room like they were one day.”

Kevin McKenzie is the artistic director of the ABT. In those early years, he says, could tell Royal came to ballet late. “He had things he needed to work on, articulation issues he needed to work on.” But Royal’s physical stature– he stands six feet — and his lithe movements caught McKenzie’s attention. Royal’s charisma, too, stood out: “There was something about him, especially when he got on stage, that was just radiant.” 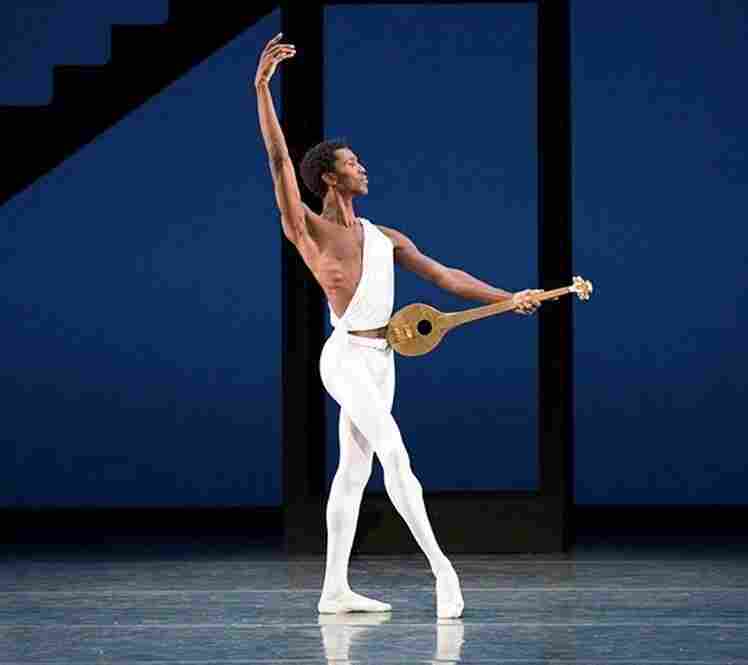 That didn’t mean that Royal’s rise was meteoric. Four years into his tenure at ABT, he was understudying a lot. “I asked myself, I would love to dance more. I’ve always loved to dance and I’m not dancing. I’m watching on the sidelines.” He considered leaving the company. That year, though, McKenzie nominated him for a Leonore Annenberg Fellowship. Royal used the $50,000 grant to travel across Europe and train with companies including the Paris Opera, the Royal Ballet in London, and the Mariinsky Theater in St. Petersburg. His dedication made an impression on McKenzie. “That’s when you could tell,” he says. “Not just another pretty face.”

He’s no stranger to prejudice

Royal’s promotion to principal came just months after the murder of George Floyd. In November, he was part of City Center’s Fall for Dance festival — which was held online because of the pandemic. He wanted to do a piece that spoke to the moment. To that end, he worked with MacArthur-winning choreographer Kyle Abraham on a piece called “to be seen,” set to Ravel’s “Bolero.”

At the beginning, Royal’s hoodie-clad back is to the audience. Then he strips off the hoodie and begins a series of sinuous moves. Midway through the piece, he throws his hands up, in a “don’t shoot” gesture.

There are many times I’ve been profiled or I’ve been treated differently and they have no idea who I am, but they see who I am first and they prejudge.

Royal says he’s experienced plenty of prejudice. He’s been stopped on the subway, detained in grocery stores by guards for no clear reason. “There are many times I’ve been profiled or I’ve been treated differently and they have no idea who I am, but they see who I am first and they prejudge.”

Last year, Royal starred in another boundary-breaking dance called Touché. It features two men performing a duet together, the first time that’s happened on ABT’s stages. In preparation for the piece, Royal entered a COVID bubble in upstate New York with the choreographer Christopher Rudd and fellow dancer João Menegussi. Their rehearsals often became long discussions about their experiences as gay men in ballet. “It was truly something I’d never experienced before, working with a choreographer on something that was so intimate,” Royal says.

But he’s an inspiration to other young dancers

Royal’s journey is inspiring other dancers of color. At a recent dance competition, a young Black man approached him and told him that his example at ABT showed there was a path forward. “I just got the chills all over my body,” Royal recalls. “Because it’s about me being the best I can be as an artist and that in turn inspires someone else.”

ABT will resume indoor performances this fall, and Royal will perform Touché onstage in October. In addition to new works, he looks forward to incarnating classical roles. Before COVID struck, he and fellow principal dancer Misty Copeland were preparing to play the leads in “Romeo and Juliet.” When that happens, it will be the first time in ABT’s history that dancers of color take both roles in that iconic ballet.

This story was edited for radio by Petra Mayer and adapted for the web by Alexandra Starr and Petra Mayer.