Dave Chappelle: This Time This Place chronicles Chappelle’s efforts to entertain audiences during the pandemic with a series of outdoor shows. He’s pictured above in North Charleston, S.C., on Jan. 30, 2020. Sean Rayford/Getty Images hide caption 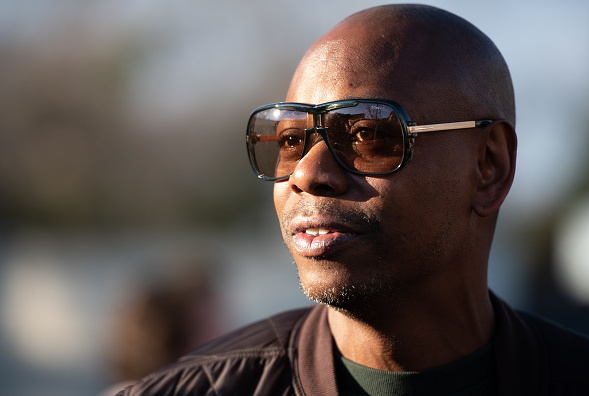 Dave Chappelle: This Time This Place chronicles Chappelle’s efforts to entertain audiences during the pandemic with a series of outdoor shows. He’s pictured above in North Charleston, S.C., on Jan. 30, 2020.

Dave Chappelle gave thousands of his fans in Washington, D.C., lots to love this weekend. Some 3,500 attended his show at the concert venue The Anthem on Friday, this being the theater’s first show after being dark for 485 nights.

“You could power an entire city on the electricity that was in that room,” says Audrey Fix Schaefer, a spokesperson for I.M.P. which owns The Anthem. “It was just an amazing thing,” she says, “after all this time and all this anxiety we’ve had not being able to bring people in and give people jobs and let people come in and enjoy themselves.”

On Sunday, at the nearby Kennedy Center, more than 2,000 masked Chappelle fans flooded into the Concert Hall for a screening of his new pandemic documentary Dave Chappelle: This Time This Place. Temperatures were checked. Mask wearing was enforced. This being a Chappelle show, iPhones were silenced and sealed in Yondr pouches. In comments before the film began, co-producer/director Julia Reichert beamed that this was “the very first full capacity event” at The Kennedy Center since its doors were shuttered in March, 2020.

Among those at The Kennedy Center was D.C. Mayor Muriel Bowser. Her newly reinstated mask mandate for indoor gatherings went into effect a day before the screening. The conservative Washington Examiner alleged Bowser undermined the mandate when images of the unmasked mayor circulated on social media, including a photo with her and Chappelle. In a statement to WTOP, the mayor’s office responded, “If Mayor Bowser was photographed indoors without a mask, it was during the indoor dinner, when she was eating or drinking.”

Chappelle seemed to light-heartedly refer to the controversy in his remarks after the screening, singling out Mayor Bowser when he reminded the audience to wear masks. 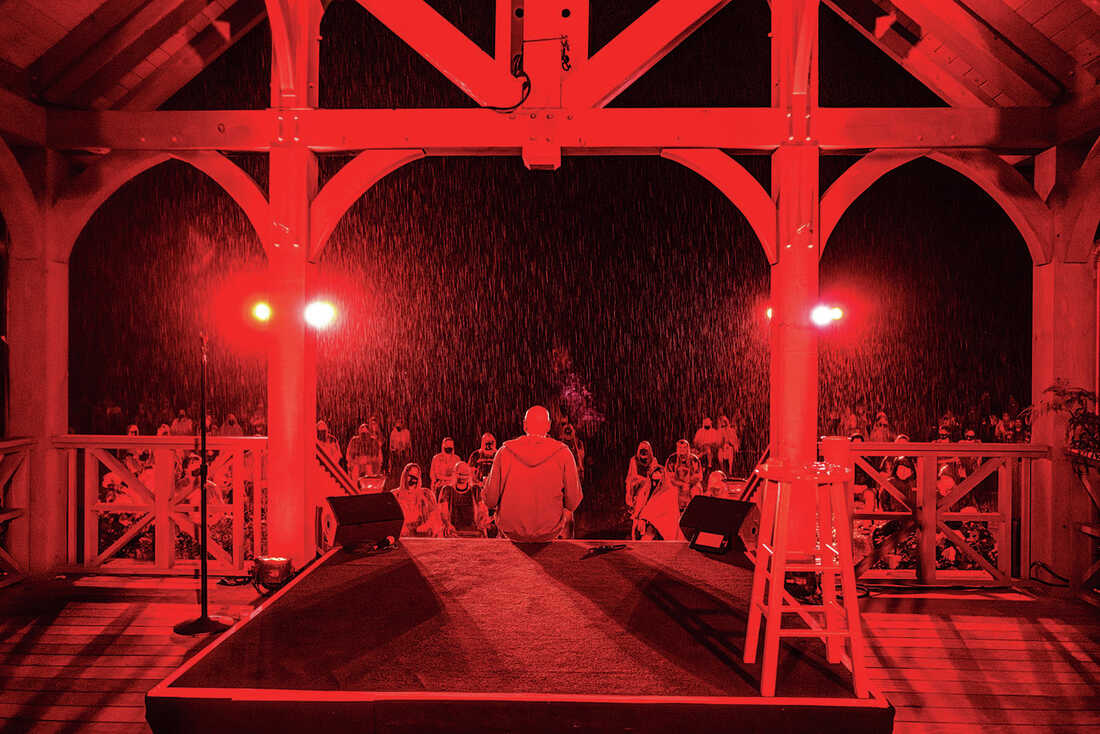 Dave Chappelle: This Time This Place chronicles Chappelle’s efforts to entertain audiences during the pandemic with a series of outdoor shows in a field near his home in Yellow Springs, Ohio. Co-produced and directed by Academy Award winners Reichert and her partner Steven Bognar (American Factory), the documentary weaves together generous helpings of stand-up comedy by Chappelle and his A-list friends with scenes of the tricky, behind-the-scenes logistics and the emotional and financial toll of both the pandemic and the lethal police brutality against Black lives.

We see protestors — including Chappelle’s children — march the streets of Yellow Springs. During some of his shows, Chappelle unleashes his fury at the killing of George Floyd. A staff member of a local restaurant misses interacting with customers. “All the human stuff was completely gone,” he says. We watch a parade of comedians like Chris Rock and Jon Stewart recoil as Q-tips are stuck up their noses upon arrival.

For audience member Sahar Khan, who attended The Kennedy Center screening with her husband, the documentary “really captures the emotions of the last year.” Khan says the evening — her first indoor public event without social distancing — “was really joyous … I didn’t realize how much I missed the closeness with strangers.”

After the screening, the audience of more than 2,000 erupted when Chappelle walked out on stage. It was a homecoming. Chappelle, who grew up in the D.C. area, attended The Duke Ellington School of the Arts and did his first stand-up show in the city in 1987 when he was still a teenager. Walking around D.C. over the weekend, Chappelle said, “I got so much love on these streets, I thought you thought I was someone else.”

As he did in the new film, he addressed the killing of George Floyd, roaring the word “unacceptable.”

Chappelle softened when he made a plea for people to, “Now more than ever, protect one another.” He said “Don’t be afraid to be kind.” But he also urged people of color to stand up for themselves. “Keep it nonviolent.”

Then he joked, “I have long patience for the whites.”