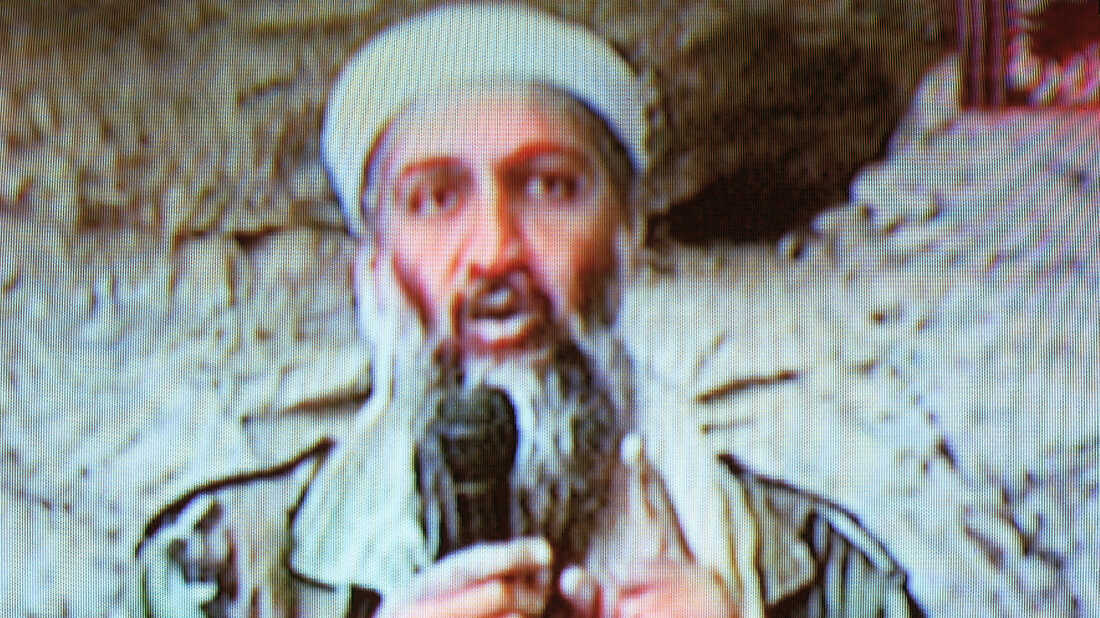 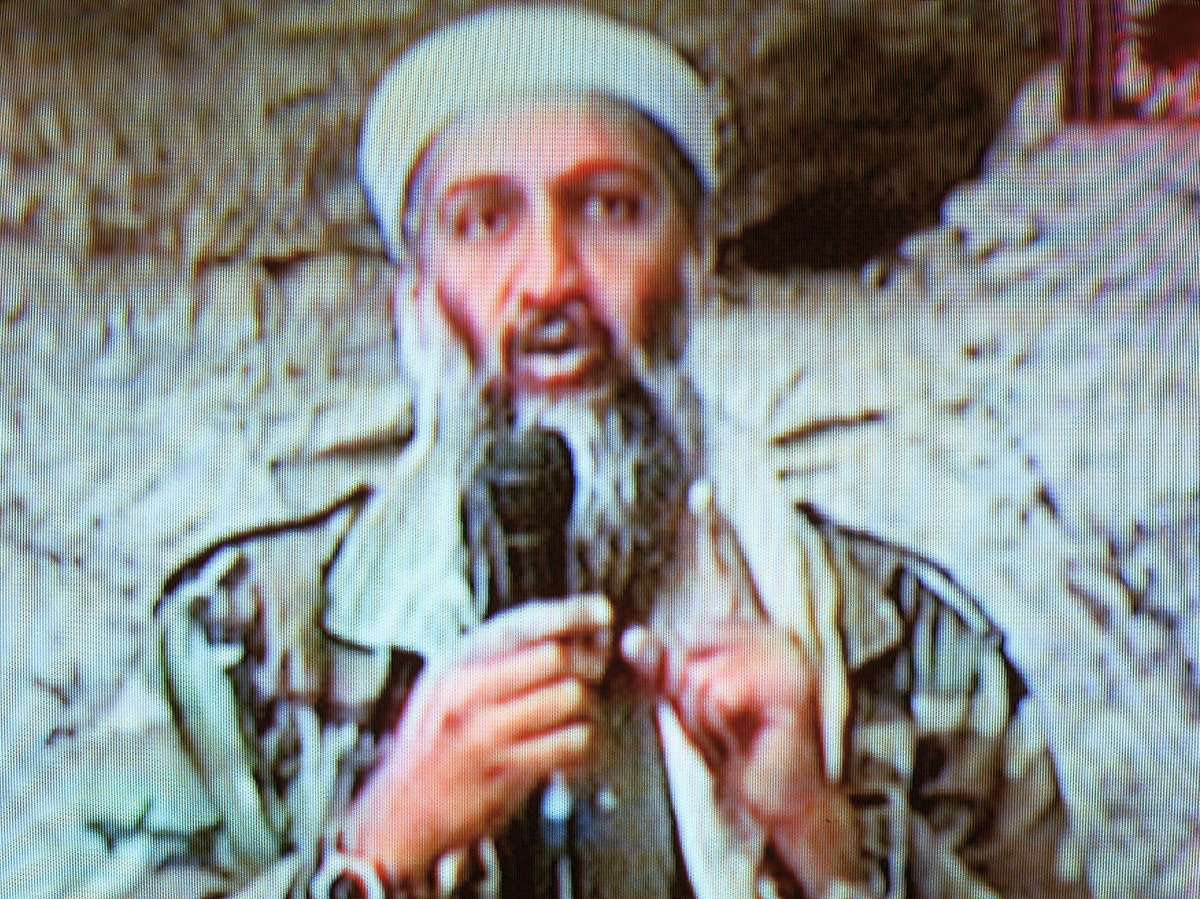 Osama bin Laden is seen at an undisclosed location in a television image broadcast Oct. 7, 2001.

As the 20th anniversary of the Sept. 11, 2001, attacks approaches, a new biography traces Osama bin Laden‘s path from a shy, religious teenager to the leader of a global jihadist group dedicated to mass murder.

Journalist Peter Bergen, who met the al-Qaida leader in 1997, says that a series of events kept pushing bin Laden “further and further down the path of radicalization.”

“[Bin Laden] could have chosen a different path at several points in his life,” Bergen says. “But the introduction of American troops into Saudi Arabia [in 1992] turned his sort of latent anti-Americanism into a passionate hatred of the United States.”

Bergen says bin Laden thought the Sept. 11 attacks, which he is credited with masterminding, would result in the U.S. withdrawing troops from Saudi Arabia and other places in the Middle East. “That, of course, was a delusion,” he adds. “It didn’t work.”

Bin Laden was killed in 2011, when U.S. Navy Seals raided his compound in Abbottabad, Pakistan. Bergen’s new book, The Rise and Fall of Osama bin Laden, draws on materials recovered from the compound, as well as on interviews with a dozen people in bin Laden’s inner circle.

Bergen says some of the items recovered in the 2011 raid were particularly surprising: “When I visited the compound, I actually saw what was in his bedroom, the bedroom in which he was killed,” Bergen says. “I saw in his toilet area Just For Men hair dye. … He wanted to look younger. When Bin Laden died, he was 54, but he certainly looked a lot older in reality. So he was using Just For Men hair dye.” 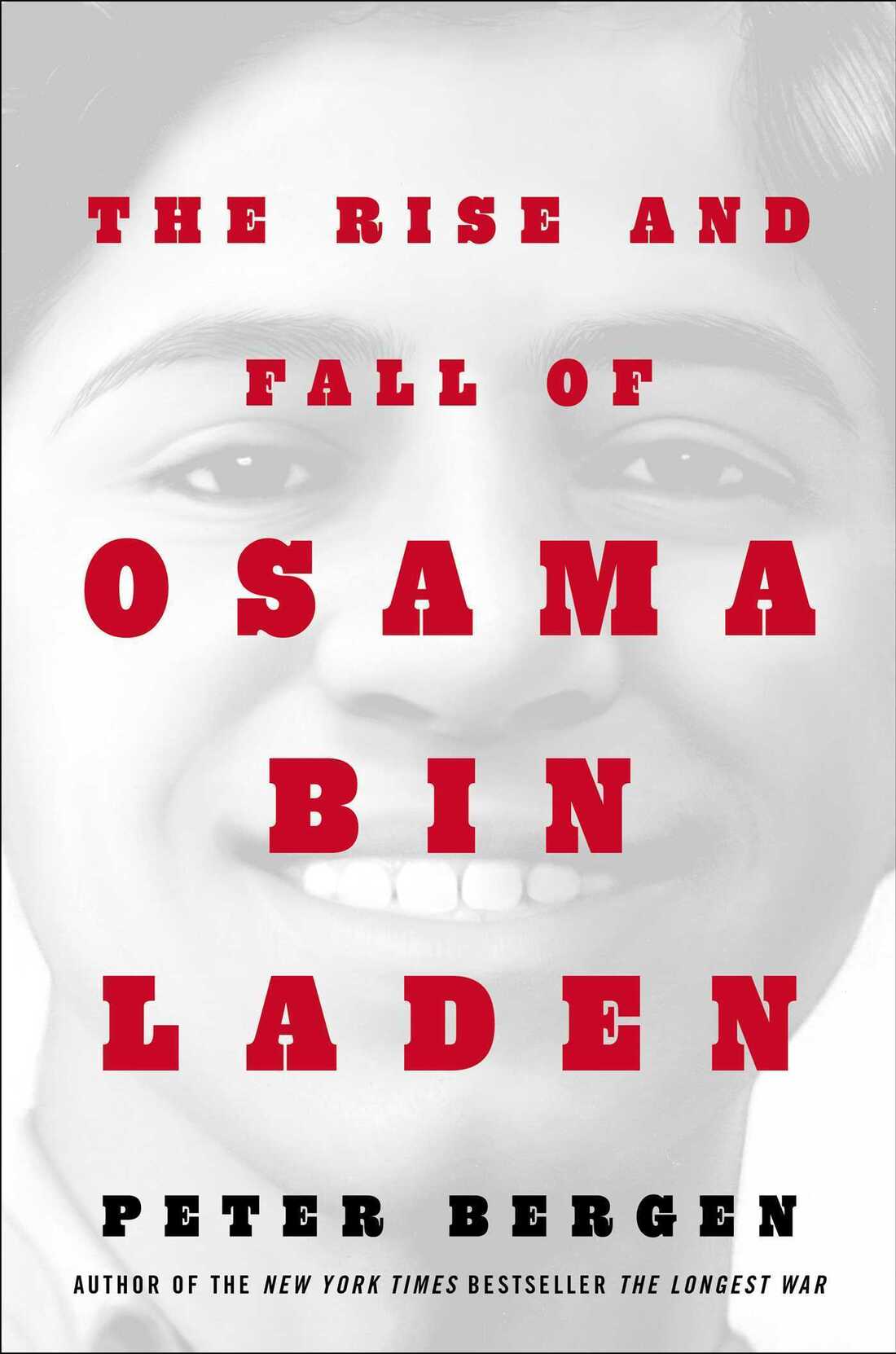 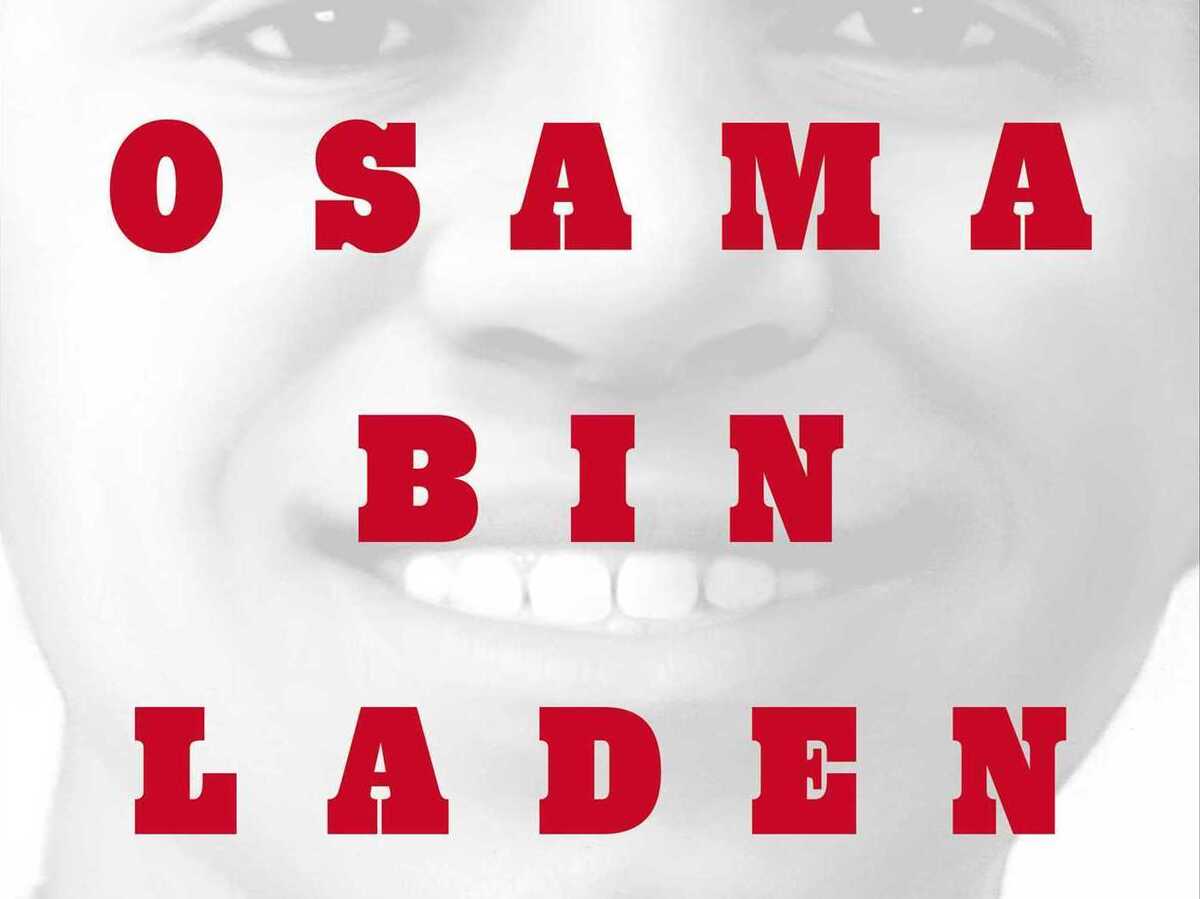 On the documents Bergen relied on to write the book

It was only in late 2017 that the Trump administration released the 470,000 files that were recovered in Abbottabad, Pakistan. Included in which was something that was described by the CIA as bin Laden’s journal. It turned out to be something slightly different. It’s also handwritten in Arabic. It was kind of a family journal that the bin Laden family kept essentially in the last several weeks of bin Laden’s life.

On the people bin Laden kept with him on the compound

The total was 27 — 16 of his own family and he had two bodyguards and their families. Typically, when we think of a fugitive, we don’t think of a fugitive taking three wives and a dozen kids and grandkids with them. But bin Laden, for all his many vices and all the evil and death and destruction that he caused, he was something of a family man, and he wanted to have his family around him. 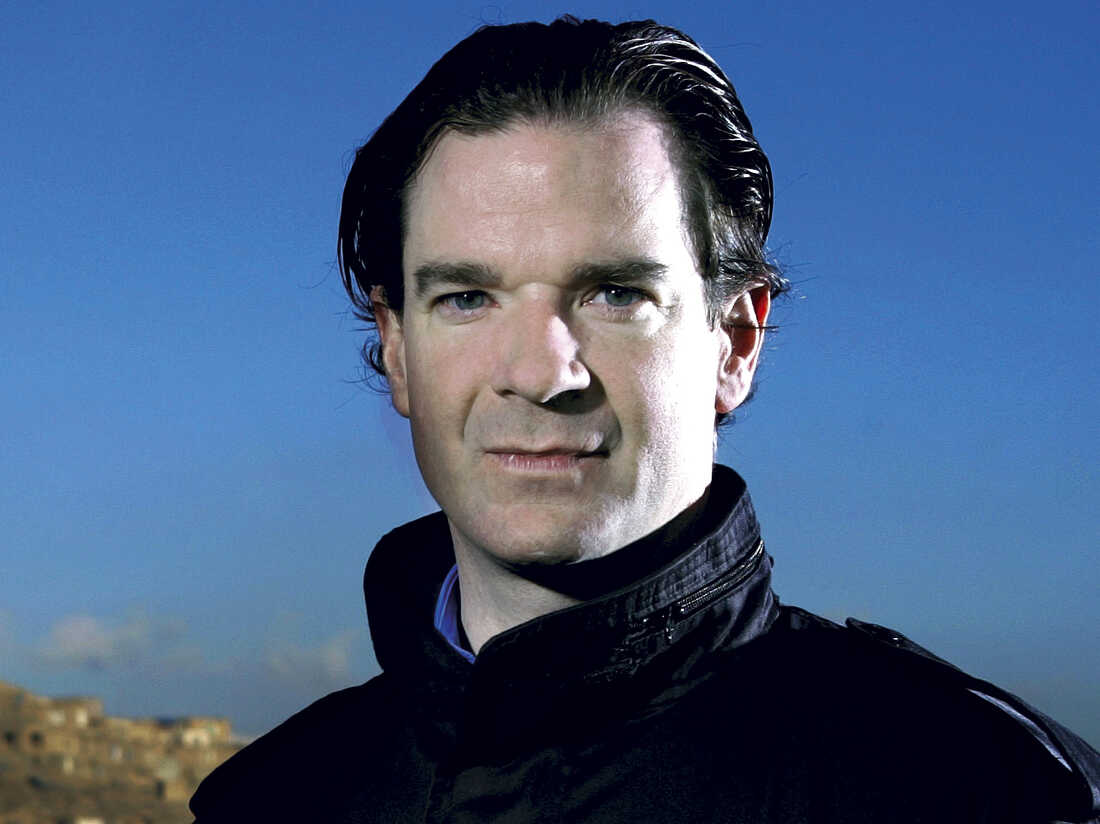 Peter Bergen is a national security analyst for CNN. He has spent much of his career reporting on al-Qaida. Brent Stirton/Simon & Schuster hide caption 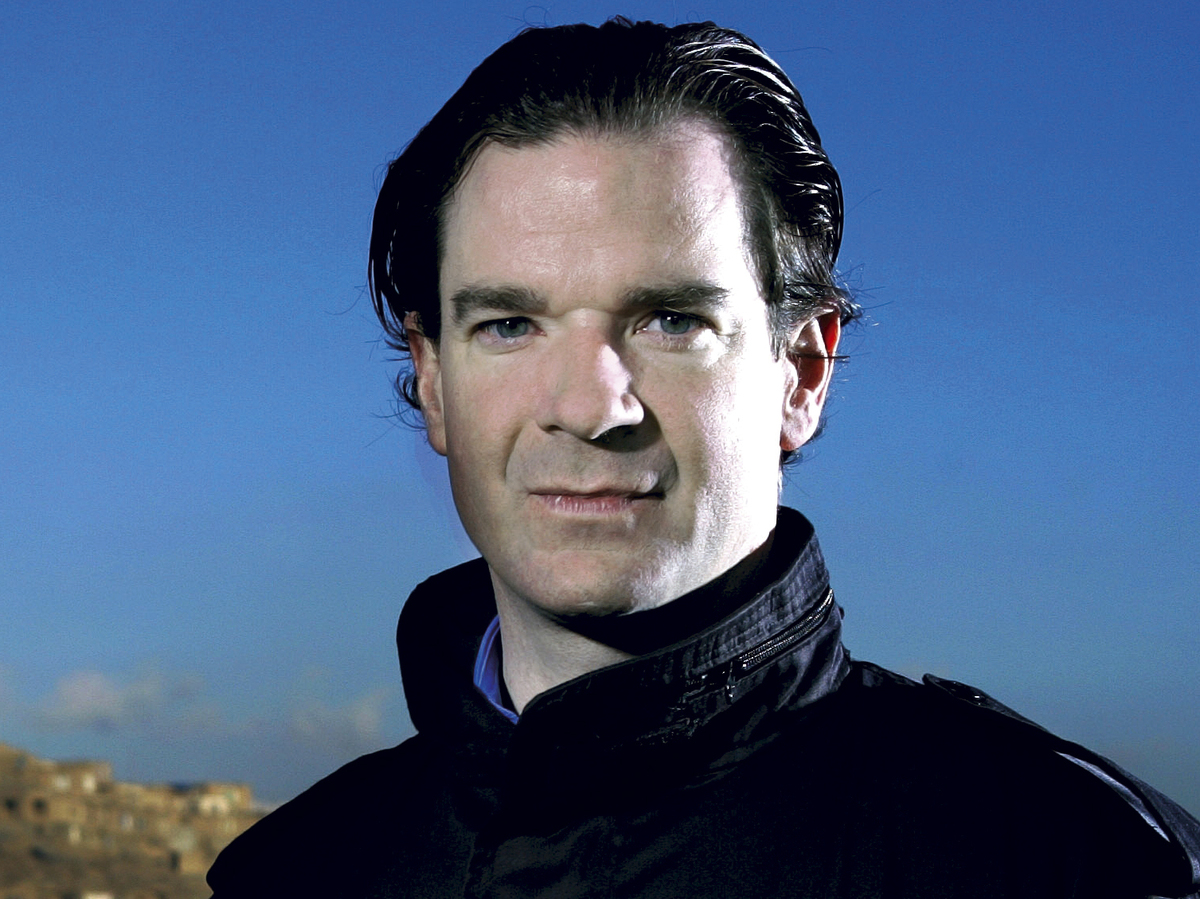 Peter Bergen is a national security analyst for CNN. He has spent much of his career reporting on al-Qaida.

It was a prison of his own making. And he was the chief warden, in a sense. He himself was extremely careful about what he did. He would walk around the garden with a cowboy hat on so that nobody could recognize him if there was a satellite overhead. He had a healthy respect for American spy capabilities.

His family members were not leaving the compound. He never left the compound. And in fact, he was hiding to such a degree that one of the bodyguard’s wives wasn’t aware that it was Osama bin Laden living amongst them, even though she herself was living on the same compound.

And one time, bin Laden appeared on TV and one of the 9-year-old daughters of the bodyguard asked, “Isn’t that the guy who’s living here?” And at that point, the bodyguard got rid of the TV and told his daughter not to talk about this and also prevented contact with the bin Laden family. So bin Laden was hiding from people on his own compound.

On the significance of his two older wives

Bin Laden’s two older wives played such an important role in his life. Two of them had Ph.D.s … One had a Ph.D. in child psychology. Another one had a Ph.D. in Quranic grammar. And so these two older wives were homeschooling the kids. And they’ve been doing this for years, even before 9/11. … And these wives were also playing an important part in helping bin Laden think through complicated strategic problems that related to the future direction of al-Qaida.

On bin Laden’s reaction to the Arab Spring

He wrote one of his top deputies, “This is probably the most important development in the Middle East in centuries.” But he was also perplexed about what to do about these great events because he was cognizant of the fact that the protesters in the streets of Cairo or in the streets of Tunisia were not waving banners of bin Laden demanding Taliban-style theocracies. They were demanding universal human rights, the rights to assembly, free speech, not to live under an authoritarian, corrupt government. So bin Laden really was thinking through, How do I respond to this? How can I position myself to be relevant? What can I say about it?

The Arab Spring starts [in December 2010] and he’s killed in May of 2011. I think the fact that he never really was able to produce a statement addressing the events of the Arab Spring during his lifetime speaks for itself, because he just didn’t quite know what to say, how to position himself as leader of the Arab Spring.

On the relationship between al-Qaida and the Taliban

I think there’s plenty of information in the documents that were released from the Abbottabad compound that showed that al-Qaida and the Taliban remained having cordial relations, that al-Qaida was financing elements of the Taliban, instructing elements of the Taliban about what to do. They were cooperating on joint operations. And then, you know, fast forward to today. The United Nations in June released a report about relations between al-Qaida and the Taliban, describing them as very close. They even said that the relations have gotten stronger. …

The Trump administration started peace negotiations with the Taliban in 2018, which are predicated on the idea that al-Qaida and the Taliban had separated, would separate. And that was all nonsense and a charade. And I think that we all will see that the Taliban are recruiting foreign fighters from around the Muslim world.

The split screen on 9/11 [in 2021] will be the Taliban taking over chunks of Afghanistan, using American military equipment that they’ve seized, and [U.S. officials] reading the names of the victims of 9/11 at the World Trade Center site. And, you know, I can’t imagine a worse split screen, but I think that is likely what we will see.

Sam Briger and Joel Wolfram produced and edited this interview for broadcast. Bridget Bentz and Seth Kelley adapted it for the Web.