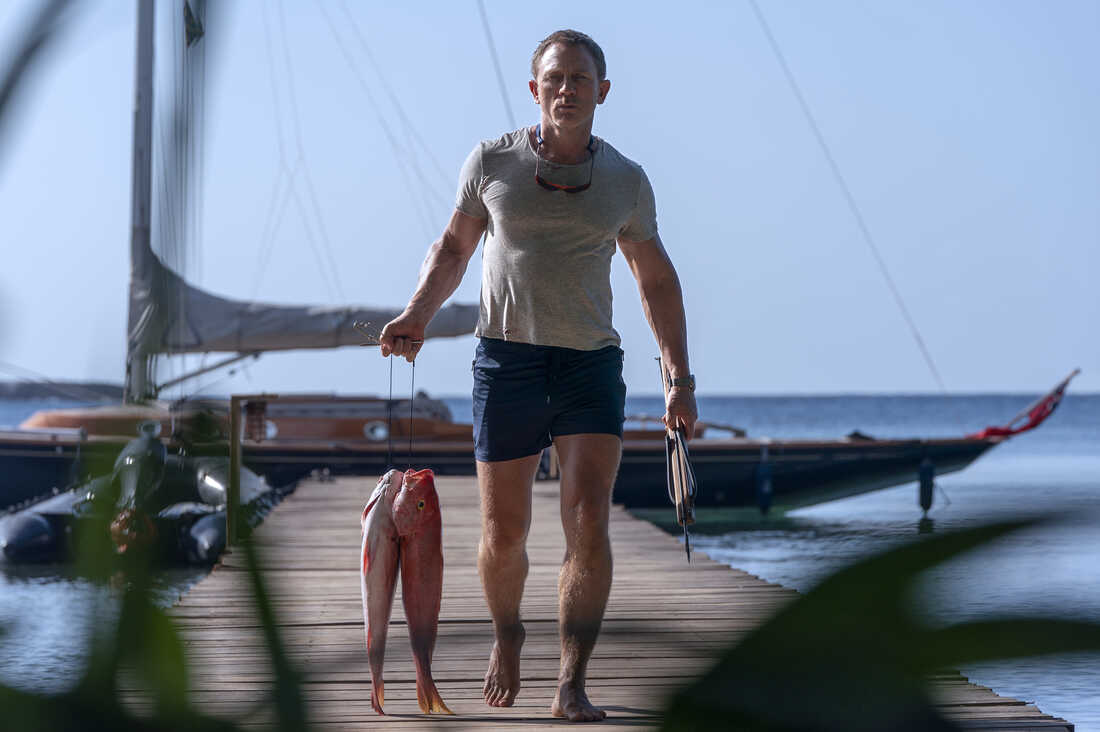 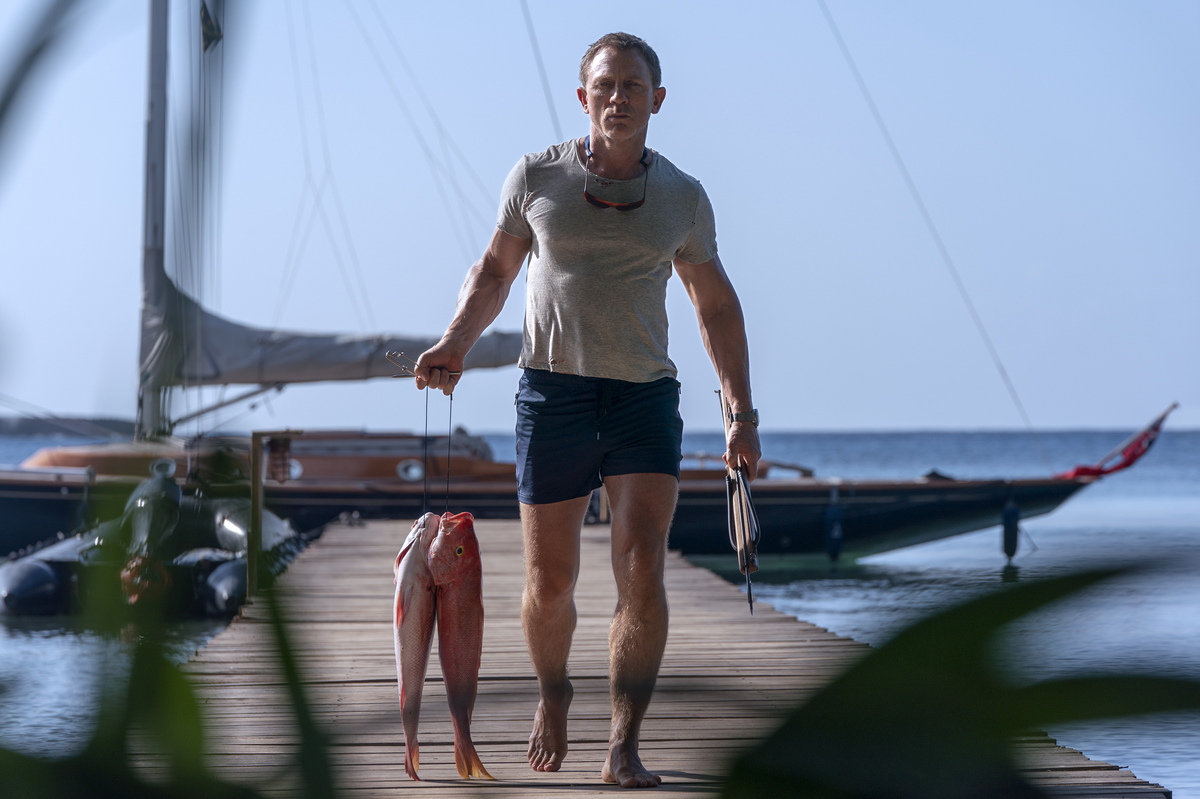 In No Time to Die, Daniel Craig shows us a James Bond who’s gone fishing.

James Bond Will Return, as a title card at the end of each of the 25 EON Productions Bond films released since the Kennedy Administration has promised. Daniel Craig will not.

The new — well, newish — No Time to Die is an extended (163 minute!) victory lap for Craig’s five-film tenure as 007. That’s two fewer than the seven each that Sean Connery and Roger Moore got (though Connery’s 7th was in an “unofficial” entry. Long story.). But because of Craig’s public reticence followed by production stalls followed by a series of pandemic-necessitated release delays, his 15-year stretch in the role is the longest any actor has held it uninterrupted. But what’s more notable is that it marks the first time in this character’s six-decade screen history that an actor has been given the chance to show us the beginning, middle, and end of 007’s career in Her Majesty’s Secret Service.

The Craig-model Bond we met in the 2006 reboot Casino Royale was a revelation. Like the Bond of Ian Fleming’s novels — and unlike the Bond of the initial four decades of movies derived from them — this professional killer was as fallible as he was arrogant; unlucky in love, frequently injured, conscious of the likelihood he would be killed on the job, given to morbid reflection. “I don’t stop to think about it,” he said in 2015’s Spectre. Coming from this Bond, you knew that was a lie.

Bond at the beginning and the end — never in his prime

What’s fascinating about Craig’s five films considered in total is that save for the pre-title sequence of 2012’s Skyfall, none of them have shown us a Bond in his prime. For the first 20 movies, whether he was being played by a svelte 29-year-old George Lazenby, a paunchy 41-year-old Sean Connery (as he was when he was lured back to the part he’d very loudly quit for the first time), or a palpably creaky 57-year-old Roger Moore, Bond was invariably presented as ageless; experienced and worldly but still youthful and athletic. In Moore’s last couple of Bond pictures, from ’83 and ’85, he’s as elegant and genteel as ever, and certainly doesn’t look a day over 90. But the films don’t acknowledge his visible infirmity in any way. 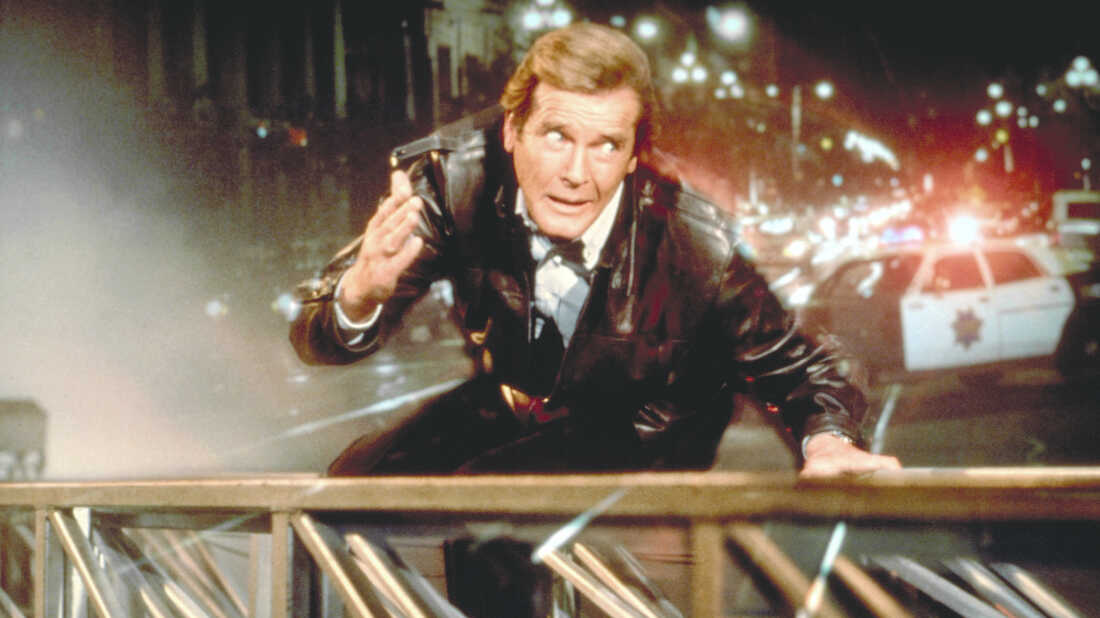 Roger Moore — suave, genteel and not a day over 90 — in A View to a Kill. Sunset Boulevard/Corbis via Getty Images hide caption 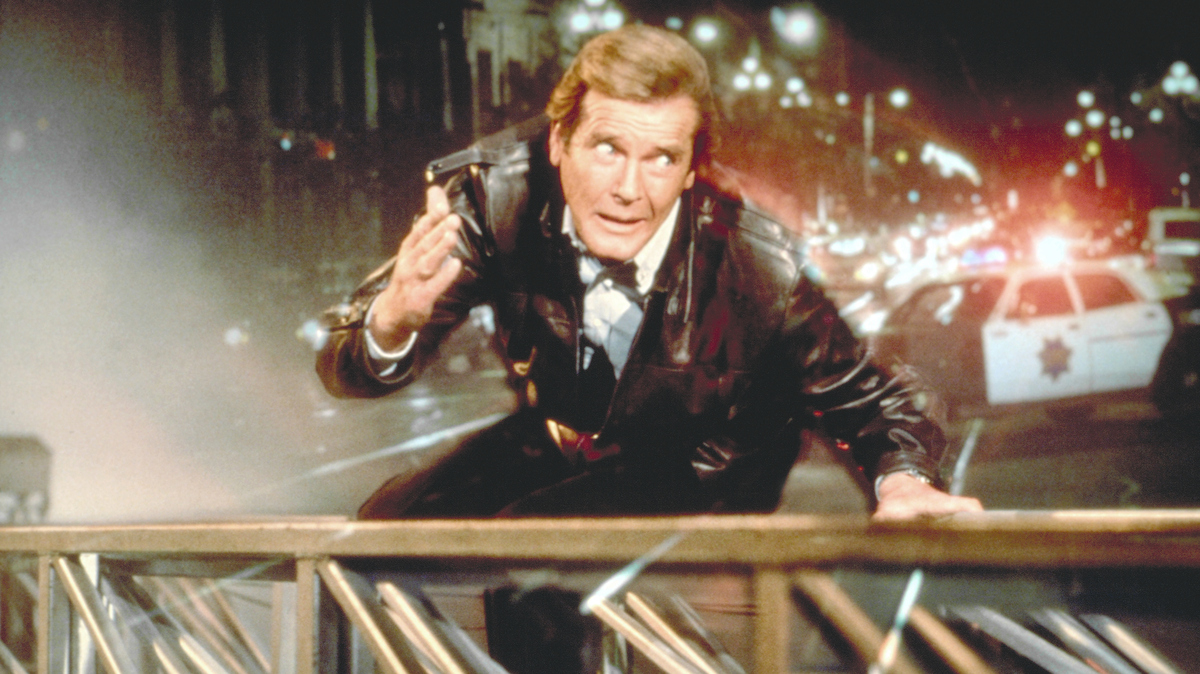 In Skyfall a generation later, Craig is only in his 40s and still has the body of an athlete, but he and everyone else in the film regard Bond as an aged wreck. To recap: Craig’s Bond was a clumsy novice for two movies, then an over-the-hill burnout for two. In No Time to Die, he’s a heartsick retiree, lured back into the queasy world of international espionage by his CIA agent pal, Felix Leiter.

While Casino Royale and its sequel Quantum of Solace are clearly set at the beginning of Bond’s career as a double-oh, there’s a fan theory that argues 2012’s Skyfall and its sequel, Spectre, take place after all the Bond films circa 1962-2002. While this franchise has always shrugged at its own timeline — at least until Spectre, which effected a lame attempt to retcon the events of all the Craig pictures together, Marvel-style — the dream-logic way Skyfall alluded to Bond’s expansive and insoluble backstory was one of its most appealing qualities. (Certainly a big dollop of dream logic is required to accept its plot, but that’s true of nearly all Bond films.)

We saw young Bond win his Aston Martin DB5 in a poker game in Casino Royale, but why, when we see the car again in Skyfall, would it now be equipped with machine guns and an ejector seat and all the other fantastical upgrades, if the events of Goldfinger — which made a meal out of introducing that car — hadn’t happened to this version of 007 at some point? And what about that great scene that introduces Ben Whishaw’s Q, punctuated by his quip, “An exploding pen? We don’t really go in for that sort of thing any more.” Was he specifically referencing an “earlier” film that has now been blinked out of existence, or just making a joke? (A: both.) 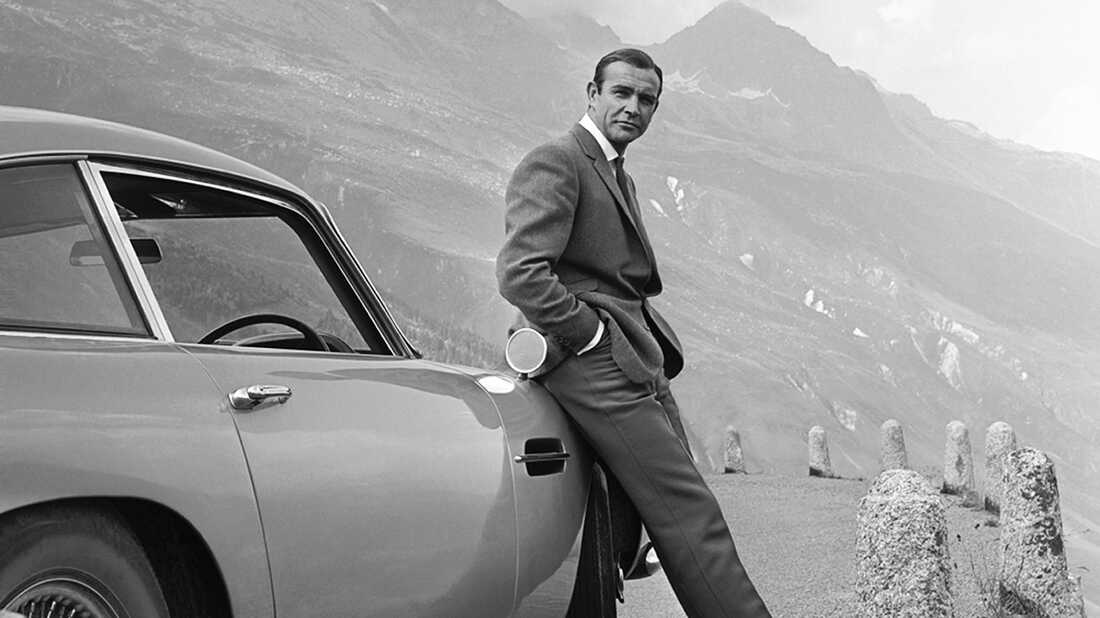 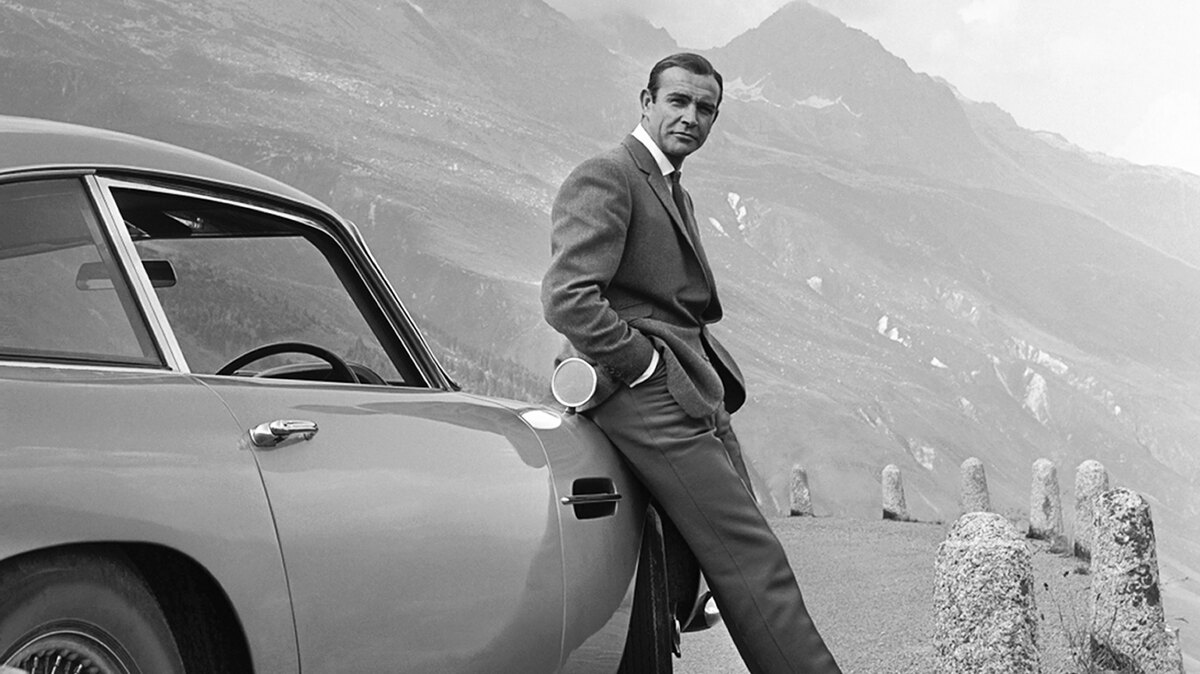 Sean Connery and Bond’s famed Aston Martin DB5, during the filming of Goldfinger.

For years, Bond’s face changed, but his character didn’t

What separates a story from a legend is that stories end. The Bond pictures didn’t, not for 40 years. With the notable exception of 1969’s On Her Majesty’s Secret Service, a film No Time to Die nods to throughout, every one of the Bond movies released from 1962 to 2002 ended with their hero right back in the same place where he started: a sharp-dressed “blunt instrument” of the crown, who might mouth off to his boss occasionally and even Go Rogue when justice or revenge demanded it, but fundamentally with no ambivalence about the rightness of his country or his cause.

That Bond, unclouded by self-doubt, was a creation of the movies. The Bond that strutted out of the sea in the Bahamas in 2006, with a prurient glance from the camera of the sort that had previously been reserved for “Bond Girls” — that was Fleming’s Bond. Or at least the closest approximation one could (or should) build a movie around in the 21st century.

Bond is hardly the first character in popular fiction to outlive his original audience and require some retroactive rejiggering. The Bond of Fleming’s books, whose Times obituary comprises the penultimate chapter of the 1964 novel You Only Live Twice, was born in the early 1920s. Many of the Marvel heroes who’ve conquered the box office during Craig’s tenure first appeared on paper in the early 1960s, a decade after Fleming’s Casino Royale was published — though some, like Captain America, are older. The Spider-Man played by Tom Holland in the Marvel films is the third screen iteration to appear this century alone. 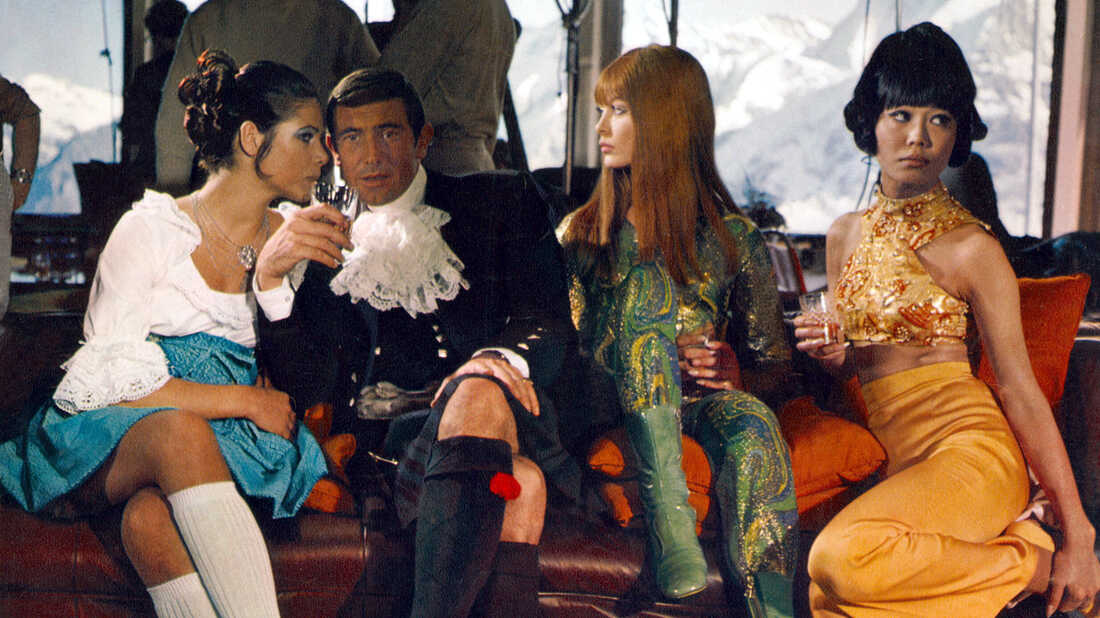 In On Her Majesty’s Secret Service, George Lazenby quipped “This never happened to other fella!” Apic/Getty Images hide caption 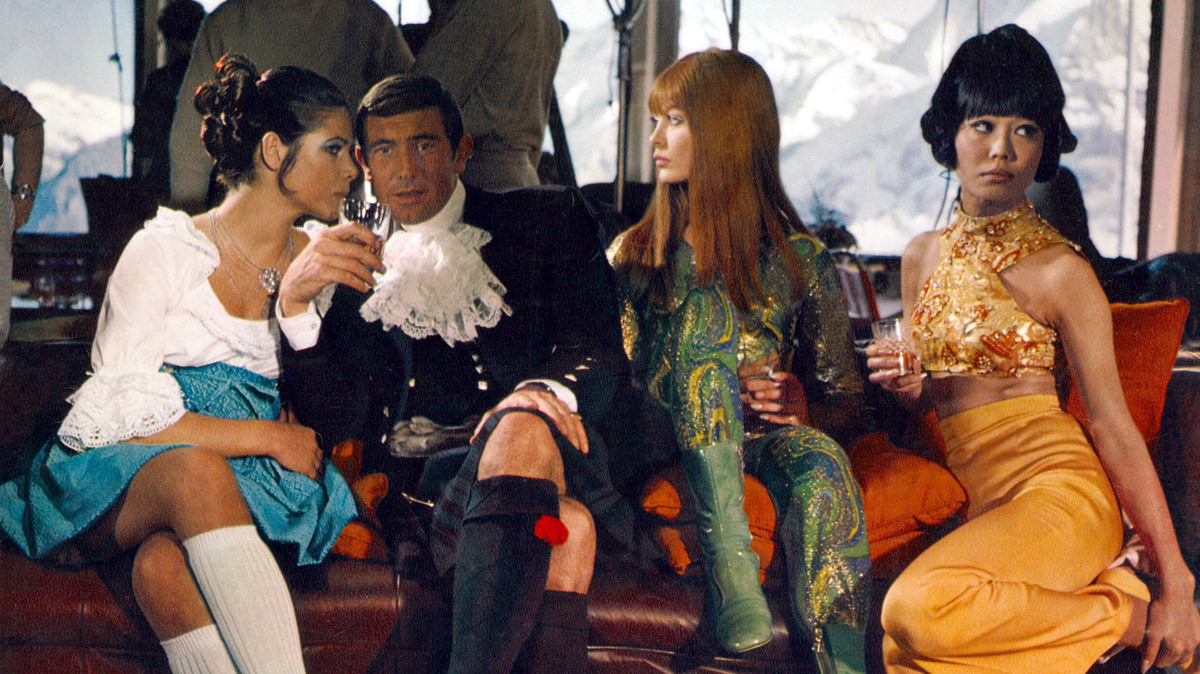 In On Her Majesty’s Secret Service, George Lazenby quipped “This never happened to other fella!”

Bond was different. For decades, each time he got a new face, the filmmakers went out of their way to tell us the character’s adventures were ongoing, not restarting. (This despite the fact that even when they were still closely adapting Fleming’s novels — a practice that went out the window in the franchise’s first decade — they adapted them out of order, resulting in all kinds of contradictions.) George Lazenby, the first replacement Bond, went so far as to look into the camera at the start of On Her Majesty’s Secret Service and snark, “This never happened to the other fella!” But a few minutes later he goes through his desk and pulls out souvenirs from the Connery Bond adventures, reminding us of events that did happen to the other fella.

Legends never end — but stories do

At the end of OHMSS — spoiler warning for a movie that came out the same year Easy Rider did — Bond’s wife of just a few hours, played by the luminous Diana Rigg, is killed in a half-successful attempt by Bond’s arch-nemesis Blofeld to assassinate the happy couple. This seismic tragedy gets briefly acknowledged in two of the Moore pictures released over the next dozen years, presenting just a wisp of the more somber Bond that Timothy Dalton attempted in the late ’80s but wouldn’t arrive in earnest until Craig did.

James Bond, so long a legend, is just a story now. He has, for the first time on screen, a beginning, a middle, and an end. He has a timeline. All he used to have was all the time in the world.


Ian Fleming liked to say he created his fictional alter-ego 007 to distract him from the jitters of his impending marriage at the advanced age of 44. From the moment the character first appeared on movie screens, he and his world were both presented as an overwhelmingly if not exclusively male fantasy — of first-class travel to far-flung locales, of tailored clothes, of cold drinks, of violence without suffering, of unquenchable virility. Of freedom from age and time.

The haunted Craig era, and No Time to Die in particular, puts an end to all that. James Bond, so long a legend, is just a story now. He has, for the first time on screen, a beginning, a middle, and an end. He has a timeline. All he used to have was all the time in the world.